Developed Countries Will Likely See Uptick In Carbon Emissions In 2018 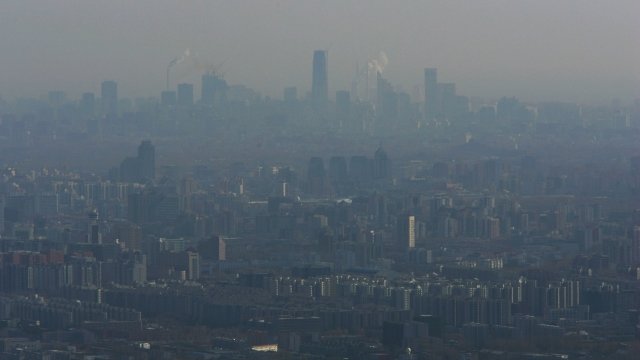 By Katie Cammarata
December 4, 2018
Energy-related carbon dioxide emissions in North America, the EU and some of the Asia Pacific region may increase by about 0.5 percent this year.
SHOW TRANSCRIPT

After five straight years of lower carbon dioxide emissions, the world's developed countries will likely see an increase in 2018.

The International Energy Agency says energy-related carbon dioxide emissions in North America, the EU and some of the Asia Pacific region will increase by about 0.5 percent this year.

For perspective, last year's total global energy-related carbon dioxide emissions grew by 1.4 percent — a historic high amount of emissions. And while most major economies' emissions increased in 2017, the U.S., the U.K., Mexico and Japan actually all saw declines in their carbon emissions.

And, to take a wider view, over the past five years, energy-related carbon dioxide emissions from developed countries have fallen by about 3 percent.

The IEA says this year's uptick is due, at least in part, to an increased use of oil and gas, which offset countries' lessening coal use.

It warns that if the world doesn't decrease its carbon emissions soon, it could be at risk of not reaching climate goals, like those set by the Paris climate accord — trying to prevent global temperatures from rising more than 2 degrees Celsius above pre-industrial levels.

The energy agency said it will release its full data on global energy and carbon dioxide emissions in March. It said all information at the moment points toward continued emissions growth across the globe.