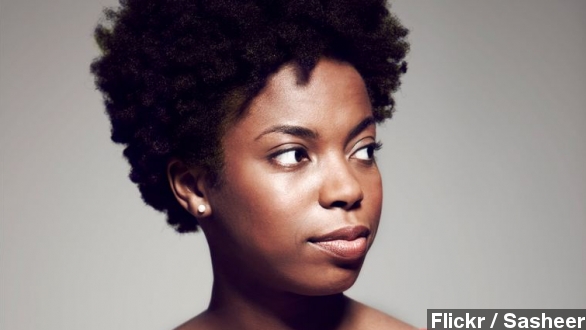 After Maya Rudolph’s departure in November 2007, and especially late last year, SNL received criticism for its noticeable lack of black female character portrayals. Deadline reports that Zamata's hiring may have been a response to that criticism.

In the past few years, cast member Kenan Thompson would often cross dress in order to parody celebrities like Oprah, Maya Angelou and Whoopi Goldberg. (Via Business Insider)

He publicly voiced his frustration over the issue last year, saying he would refuse to cross dress again just to cover for SNL's casting shortfalls. (Via Funny Or Die)

When Kerry Washington hosted the show back in November, the writers poked fun at the issue and at themselves. The opening skit contained an apology from producer Lorne Michaels about having Washington portray every black female character that evening. (Via NBC / "SNL")

Zamata's repertoire already covers a few of those roles. On her YouTube and Vimeo channels, you can see her range from Michelle Obama to Rihanna to her own original characters. (Via YouTube / Sasheer Zamata)

"He has black eyes?"

"So he has black pupils?"

"Are there any other distinguishing features?"

She was among 12 comedians who received callbacks for SNL tryouts back in December. She recently trained with the Upright Citizens Brigade Theatre in New York and just graduated from the University of Virginia three years ago. (Via YouTube / standupoc)

Zamata will reportedly join Drake on the stage when he appears on SNL as a host and musical guest Jan. 18.