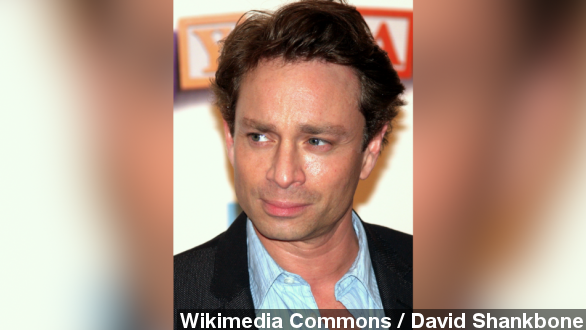 SMS
'SNL' Alum Chris Kattan Arrested On Suspicion Of DUI
By Amy Kluber
By Amy Kluber
February 10, 2014
Chris Kattan was arrested in Encino on suspicion of DUI. He admitted he'd taken prescription drugs but said he hadn't been drinking, according to TMZ.
SHOW TRANSCRIPT

The California Highway Patrol says the 43-year-old comedian was driving on a freeway in Encino when he struck a road crew truck some time after 1 a.m. (Via KNBC)

Troopers say he failed a field sobriety test, which was captured on video. The CHP says it received a 911 call from another driver who said Kattan was swerving all over the road before he crashed. (Via KTTV)

TMZ reports the actor confessed he had taken prescription drugs but was not under the influence of alcohol.

Kattan had driven into an area coned off for repairs when he struck the truck. Thankfully, no one was hurt in the incident.

KCBS reports he was released from jail after posting $15,000 bail. According to Fox News, a call to Kattan's agent was not returned.

Kattan was a recurring cast member on NBC's "Saturday Night Live" from 1996 until 2003. He played characters such as Mr. Peepers and Mango.

In 1998, Kattan and co-cast member Will Ferrell starred in "A Night at the Roxbury," a film based on one of their popular SNL skits.

Kattan is set to star as an aspiring performer in "Walk of Fame" out later this year.