6 Women Who Wrote Their Own Way Into History 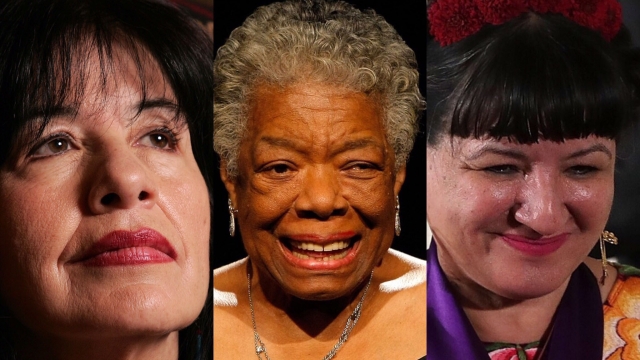 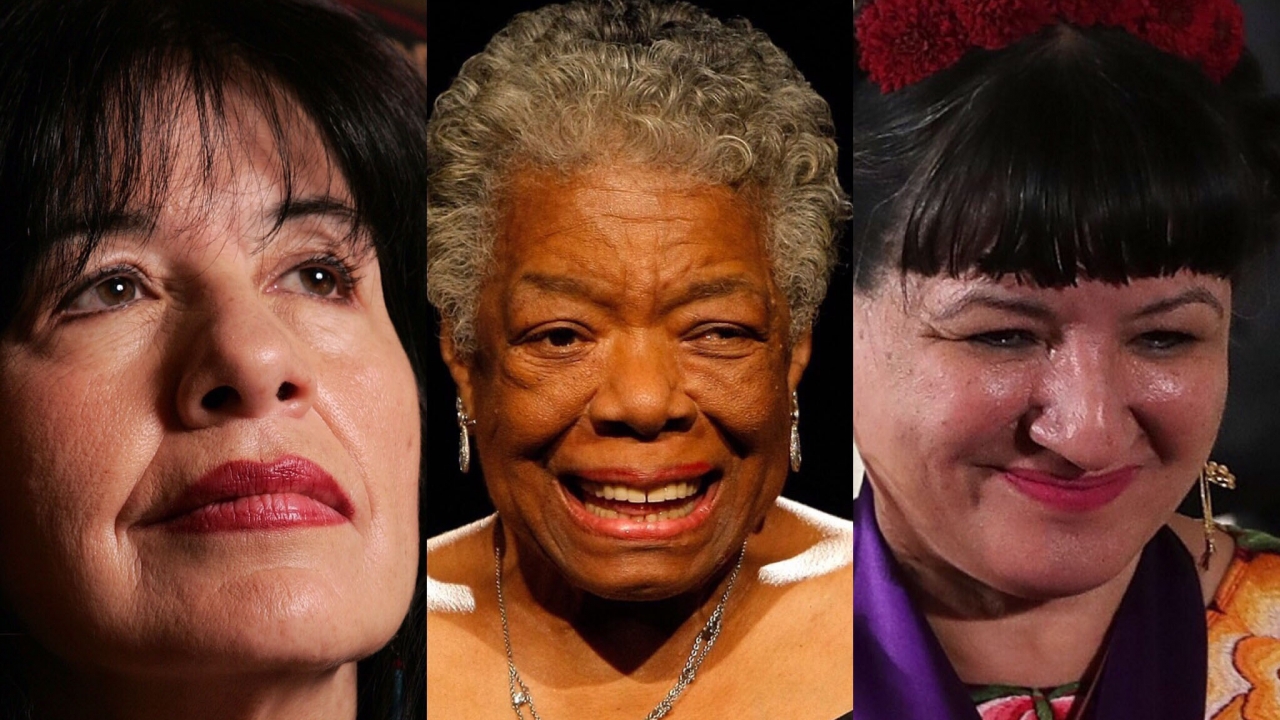 By Sadé Carpenter
March 21, 2017
During Women's History Month, we're honoring women across many fields. This one's for the literary queens.
SHOW TRANSCRIPT

For Women's History Month, we're highlighting women across different fields and recognizing their contributions to the advancement of women and achievement of equality. Here are just a few authors of color who made their marks on the literary world.

Perhaps one of the most quotable authors of our time, Maya Angelou is best known for her 1969 memoir, "I Know Why The Caged Bird Sings." More than a poet, the award-winning Angelou was also an actress, playwright, film director and activist. She became not only the first woman inaugural poet, but also the first black inaugural poet when she read "On the Pulse of Morning" at President Bill Clinton's 1993 inauguration. In 2011, President Barack Obama presented her with the 2010 Presidential Medal of Freedom. 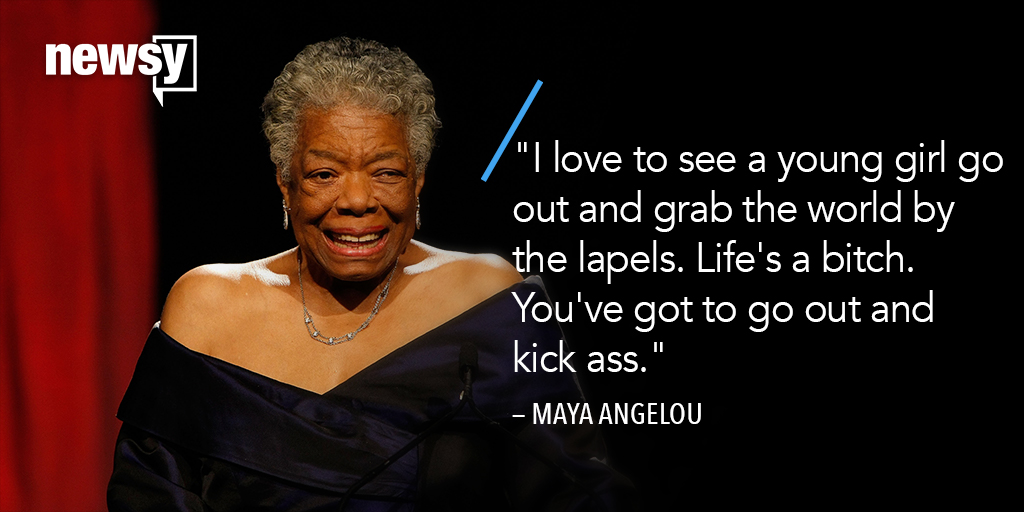 Chitra Banerjee Divakaruni is an Indian-American author, professor and activist. In addition to her novels, her work has been published in anthologies and magazines and translated into more than 20 languages. She is also on the advisory board of Daya, an organization that helps South Asian women who are victims of domestic and sexual violence. In an interview for Youth Ki Awaaz, Divakaruni said:

"I love writing about women. I feel a great need to write their stories and to place them in the center of the canvas, giving voice to their desires, pains, joys and hopes. So yes, this is a conscious decision — perhaps because for many centuries women have been relegated to the sidelines of fiction." 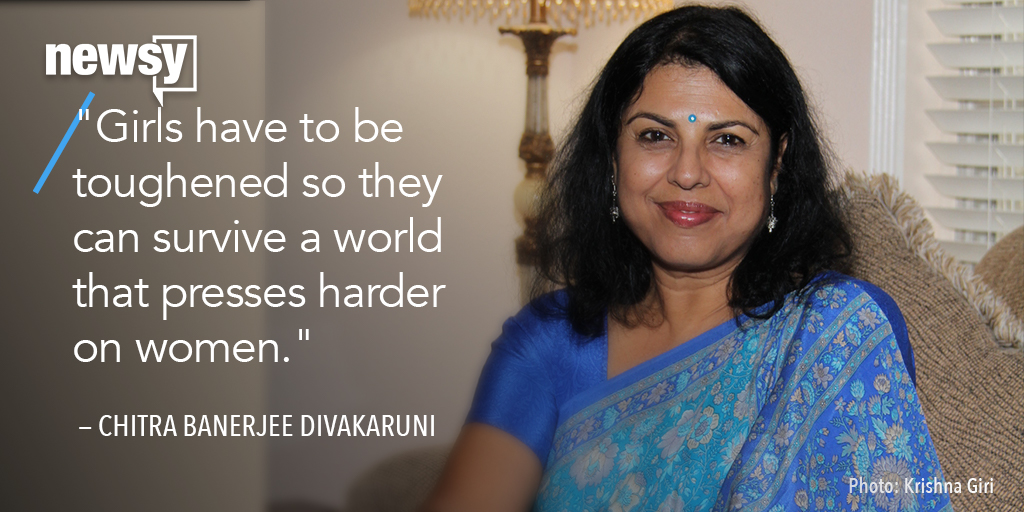 Joy Harjo is a Mvskoke Nation poet, musician and activist. She recently collaborated with other Native American musicians on a song supporting the Standing Rock Sioux Tribe's opposition to the Dakota Access Pipeline. Of Harjo, writer Maria Browning writes:

"Harjo's work is rich in imagery associated with Native American culture, and it's deeply grounded in her own experience as the Other in a white-dominated society."

The Academy of American Poets presented Harjo with the Wallace Stevens Award for "outstanding and proven mastery in the art of poetry" in 2015.

Latina author Sandra Cisneros' 1984 novel "The House on Mango Street" has sold more than five million copies and is frequently included in the curriculum of U.S. schools. Among numerous other awards, she's won a MacArthur Fellowship, a National Medal of Arts and a PEN Center USA Literary Award. Although her work draws from her heritage as a Mexican-American woman, in an interview with NPR, she said:

"Well, you know, when I wrote 'House,' when I started it, I didn't think I was giving voice to Latino women. I thought I was just finally speaking up. I had been silenced, made to feel that what I had to say wasn't important." 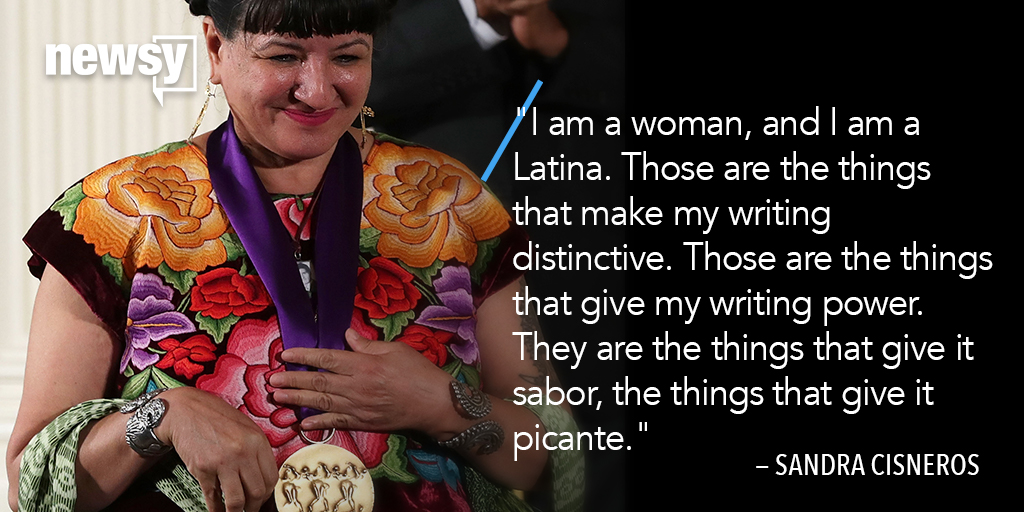 Although her career and life were cut woefully short by cancer, Lorraine Hansberry's accomplishments made a lasting impression. Her still-relevant play, "A Raisin in the Sun," was the first play written by a black woman to be performed on Broadway. For this work, she was awarded the New York Drama Critics Circle Award — another first for a black playwright. Hansberry was also an activist and staff writer and editor for "Freedom," a newspaper founded by Paul Robeson. Later, in her contributions to lesbian magazine "The Ladder," she described herself as a "heterosexually married lesbian."

Audre Lorde described herself as many things — black, lesbian, warrior, mother, poet, feminist — and she was known for her works discussing these intersecting identities. She was critical of feminism that excluded women of color and pushed for inclusivity within social justice movements. She won an American Book Award for her essay collection "A Burst of Light," and she was deemed Poet Laureate of New York state in 1991. 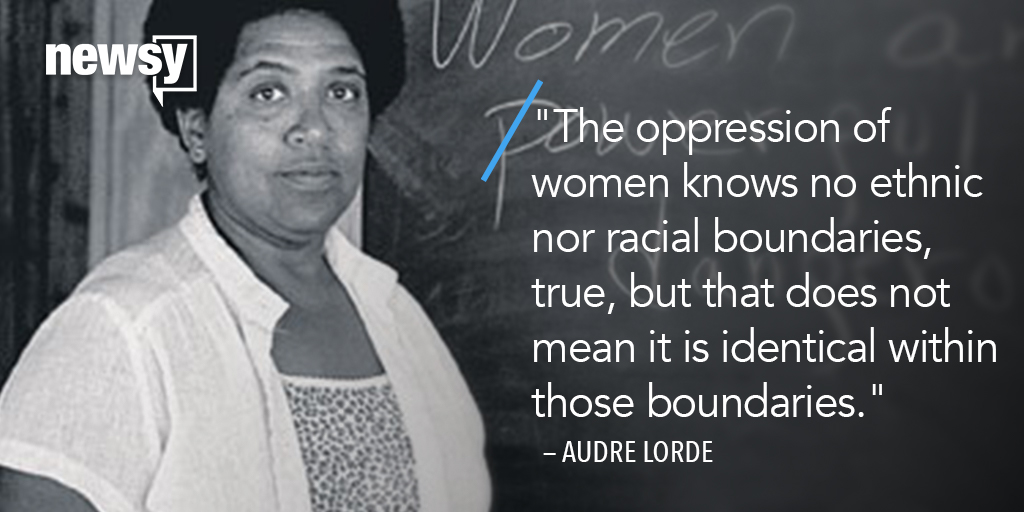 By Rooturu (Own work) [CC BY-SA 4.0 (http://creativecommons.org/licenses/by-sa/4.0)], via Wikimedia Commons