Oil Prices Have Been Going Down. Is Trump Right To Thank Saudi Arabia? 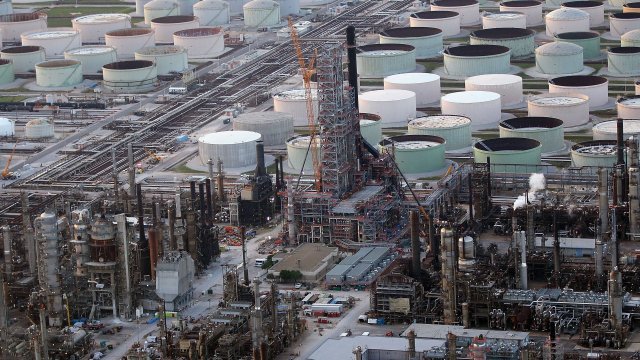 SMS
Oil Prices Have Been Going Down. Is Trump Right To Thank Saudi Arabia?

By Stephanie Liebergen
November 30, 2018
In a tweet ahead of Thanksgiving, President Trump gave Saudi Arabia credit for lowering oil prices. But it's more complicated than that.
SHOW TRANSCRIPT

Ahead of Thanksgiving, President Donald Trump gave Saudi Arabia credit for lowering oil prices. But is the Gulf country really responsible for that?

Oil costs are tracked using two benchmarks — Brent crude from Europe and West Texas Intermediate, or WTI, from the U.S. And prices for both have been dropping in recent weeks.

Trump doesn't say where he got his numbers from, but it looks like he might have conflated the two different benchmarks.

Crude oil from Europe was around $82 a barrel in late September, but its low since then is only about $61. Conversely, WTI's recent high was about $77, but its low price hovered around $54 in the days before Thanksgiving.

So it looks like Trump tried to pull the high from one type of crude and the low from another. When combined, that makes the drop in oil prices appear larger than it actually was at the time.

That brings us to the cause of the price drop. Trump gave that credit to Saudi Arabia. While the kingdom is a major oil producer, it's not the only factor in worldwide pricing. Experts told PolitiFact there are hundreds of economic factors that impact oil prices, including production increases or decreases, worldwide demand and the strength of the U.S. dollar.

But there could be a reason Trump was trying to butter up Saudi Arabia. The country announced plans to cut its oil production, which would likely halt the global price decline.

For U.S. consumers, all this matters because the price of crude oil has the biggest impact on what we pay at the pump.

This story is reported in partnership with PolitiFact and is part of an in-depth analysis show called “What the Fact” that airs Sunday mornings on Newsy.