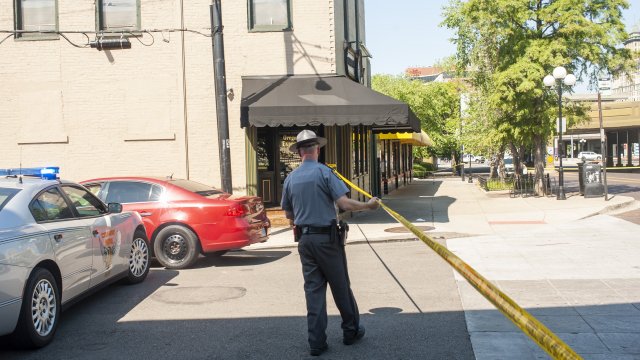 At least nine people are dead and 27 are injured after a shooting outside a bar in Dayton, Ohio early Sunday morning.

Mayor Nan Whaley told reporters that the attack happened around 1 a.m. in a popular downtown district in Dayton. She said responding officers shot and killed the suspect within a minute.

The Dayton Police Department has identified the shooter as 24-year-old Connor Betts.

Police also confirmed one of the victims was his sister, Megan Betts.

Whaley said the shooter was wearing body armor at the time of the attack and used a high-capacity gun.

The Dayton shooting came less than a day after a shooting in an El Paso, Texas Walmart that killed at least 20 and injured more than two dozen others.

Officials in Dayton say the FBI has joined the investigation. The motive for the attack is unclear.

Whaley said, "The question has to be raised, why does Dayton have to be the 250th mass shooting this year?"