Shonda Rhimes: 'I Am The Highest-Paid Showrunner In Television' 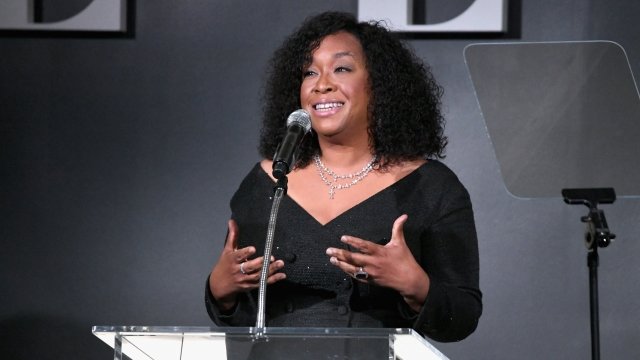 SMS
Shonda Rhimes: 'I Am The Highest-Paid Showrunner In Television'

By Casey Mendoza
October 18, 2018
During Elle Magazine's "Women in Hollywood" celebration, Rhimes announced she is the "highest-paid showrunner in television."
SHOW TRANSCRIPT

"You know how I'm always trying to be like Shonda Rhimes?"

"She's the woman who created some of TV's biggest hits."

"I know I should have asked this earlier, but who's Shonda Rhimes?"

Shonda Rhimes is one of the most prolific showrunners in the television industry, and during Elle Magazine's "Women in Hollywood" celebration, she announced she's also the highest-paid.

That announcement comes more than a year after Rhimes announced her move to Netflix. The showrunner had previously spent 15 years at ABC, where her work reportedly generated more than $2 billion in revenue.

Rhimes didn't disclose how much money she's making from Netflix, but she disputed the previously reported deal of around $100 million. For comparison, Ryan Murphy's contract with Netflix is said to be worth as much as $300 million and Greg Berlanti's contract with Warner Bros. Television is reportedly worth $400 million.

"Can we get any spoilers?"

"I cannot tell you anything." 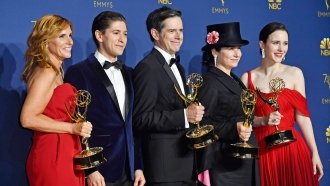 Amazon And Netflix Make History At The 2018 Emmy Awards

With shows like "Grey's Anatomy," "Scandal" and "How to Get Away With Murder," Rhimes is credited as making television more inclusive and empowering for people of color, the LGBTQ community and most of all, women.

"I feel like the one thing my shows have in common are there are these very smart women working in fields that they absolutely adore, and the rest of their lives may be a mess, but their jobs are something they're really good at."

Netflix's Chief Content Officer said last year that Rhimes is "one of the greatest storytellers in the history of television." The showrunner is currently working on eight projects for the streaming company.