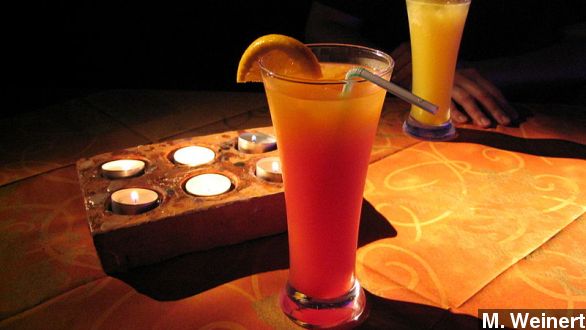 Ever find some embarrassing emails or texts the morning after drinking? Well, you might not be able to blame them on that extra cocktail anymore.

In a study from the University of Missouri, researchers looked at how alcohol affects someone's awareness of their mistakes. It found alcohol doesn't necessarily cause those mistakes, but people care much less about making them.

The researchers gave three groups of people either a soft drink, a placebo or an alcoholic beverage. Those individuals were then given a series of computer tests designed to purposely cause mistakes. The researchers say everyone was aware of those mistakes, even those who drank alcohol.

The study was published back in 2012 but just recently made headlines when an outlet in Australia picked up the story.

That outlet is News Limited. It quotes the study's lead researcher, who believes alcohol silences the body's "alarm signal."

"It is very common for people to respond more slowly following an error, as a way of trying to regain self-control. ... The alcohol group of participants didn't do this."

So as some media outlets put it: "Drunk words really ARE sober thoughts" and "Alcohol is just a truth serum."

But if you're wondering how to prevent those drunk dials in the future, we know of a few apps that might help you out.

There's the Drunk Mode app that prevents you from contacting any number of people from your contact list for a specified amount of time.

​And then there's the BAC Calculator that estimates your blood alcohol content, showing you how intoxicated you really are — if you can even remember to use it.

The study was published in The Journal of Abnormal Psychology.

​This video contains an image from Alpha du centaure / CC BY SA 2.0.