Shkreli Claims He Was Scammed, But Don't Cry For Pharma Bro Just Yet 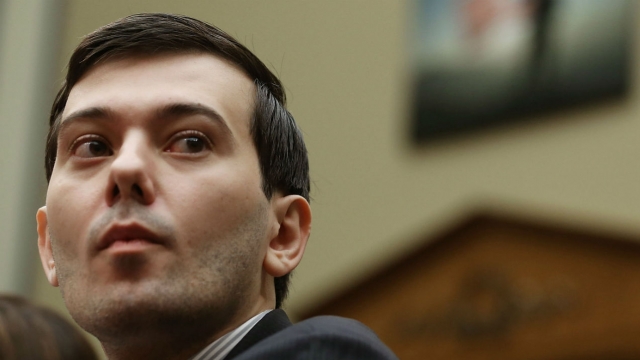 SMS
Shkreli Claims He Was Scammed, But Don't Cry For Pharma Bro Just Yet
By Kaileen Gaul
By Kaileen Gaul
February 14, 2016
Martin Shkreli flipped out on Twitter, claiming he was duped into handing over $15 million in Bitcoin for Kanye West's new album.
SHOW TRANSCRIPT

In a slew of all-caps tweets, Martin Shkreli — aka "pharma bro" — claimed he got suckered into a scam involving buying Kanye West's album "The Life of Pablo."

Shkreli said someone who claimed to be in Kanye's camp reached out to him about selling Shkreli exclusive rights to the album, potentially keeping it from being released to the public.

Shkreli says he then sent the scammer $15 million in Bitcoin, then tweeted to tell his followers he was conned, adding, "Call the police."

Shkreli has unofficially been dubbed "the most hated man in America," but for everyone laughing at his misfortune, consider that he could be taking us all for a ride.

Ever since he was publicly demonized for jacking up the price of an AIDS drug, Shkreli seems to have grown comfortable playing the villain.

Earlier this month, he trolled Congress, smirking, pleading the Fifth Amendment and not answering questions during a House hearing on drug prices.

He's also been goading Kanye West fans for a few days. On Feb. 11, the day of the Yeezy Season 3 fashion show and album listening party, Shkreli tweeted an offer to West to release the album only to him for $10 million.

He then claimed West and his label legally had to consider the offer, and that this would delay the highly anticipated album's release.

It's true that shelling out millions for a rap album wouldn't be totally out of character for Shkreli. He bought the only copy of Wu-Tang Clan's "Once Upon a Time in Shaolin" last year for $2 million.

But he also claimed he would start a GoFundMe account to help him through this financial hardship.

But if Shkreli actually did get scammed and lost $15 million, he assured his fans he contacted Bitcoin's creator who is helping him get his money back. So no need to shed a tear for "pharma bro" just yet.

This video includes clips from C-SPAN and CNBC and images from Getty Images.