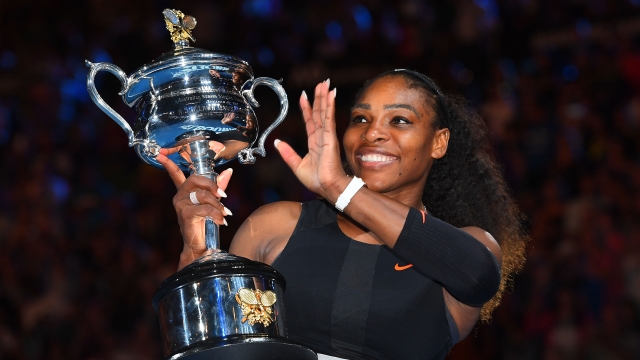 SMS
Serena Williams Just Won A Lot More Than An Australian Open Title
By Carter Woodiel
By Carter Woodiel
January 28, 2017
Adding to her pile of new achievements after the win, she even got some sweet shoes from Michael Jordan.
SHOW TRANSCRIPT

Serena Williams is now the 2017 Australian Open champion, but she got a lot more than just another item for her trophy case.

Serena knocked off her older sister Venus in straight sets for her 23rd grand slam win. That gives her the most major titles by any player in Open Era history. That achievement was definitely on her mind after the match. 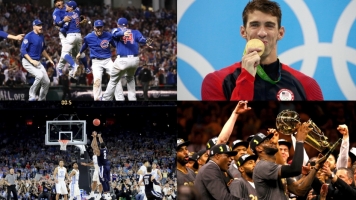 What's more, it also makes Serena the best in the world — again. She's been sitting at second in the world rankings since last September, but Saturday's victory put her in line to move up to No. 1.

And, for some healthy sibling rivalry, Serena's victory also improves her impressive record against Venus. She's now 17-11 all-time against her sister. In majors, Serena is 10-5. And in major finals, she's bested Venus seven out of nine times.

There's also the matter of prize money. Serena took home a cool $2.7 million for her Aussie Open win, but that might sound like a drop in the bucket to her. She's made over $80 million in prize money in her career, more than twice as much as anyone else.

For good measure, Serena got a new pair of shoes from Michael Jordan because when a Nike athlete does anything related to No. 23, it's a big deal.