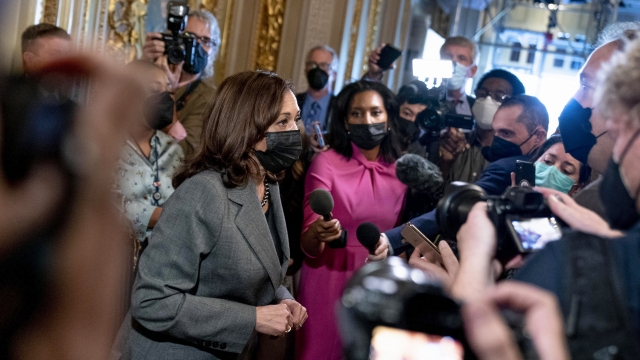 For the third time this year, Senate Democrats on Wednesday tried to pass sweeping elections legislation that they tout as a powerful counterweight to new voting restrictions in the states.

Once again, Republicans blocked them.

But amid the stalemate, there are signs that Democrats are making headway in their effort to create consensus around changing Senate procedural rules, a key step that could allow them to muscle transformative legislation through the narrowly divided chamber.

Sen. Angus King, a Maine independent who caucuses with Democrats, recently eased his longstanding opposition to changing the filibuster rules, which create a 60-vote threshold for most legislation to pass.

The Democrats' voting bill was first introduced in March in the wake of the Jan. 6 Capitol attack. It quickly passed the House at a time when Republican-controlled legislatures - many inspired by Donald Trump's false claims of a stolen 2020 election - were advancing restrictions in the name of election security that will make it harder to vote and could make the administration of the elections more subject to partisan interference.

But initial optimism that the measure would swiftly pass the Senate dissipated after several members of the Democratic caucus, including King, Kyrsten Sinema of Arizona and Joe Manchin of West Virginia, among others, made clear their reluctance to change the filibuster rules. Manchin, who has said that any election overhaul needs bipartisan support, also sought changes to the voting bill to make it more palatable to Republicans.

As written, the current “compromise” version of the bill would establish national rules for running elections, limit partisanship in the drawing of congressional districts and force the disclosure of many anonymous donors who spend big to influence elections.

It also includes a number of changes sought by Manchin, the chamber’s most conservative Democrat, including a provision that would limit, but not prohibit, state voter ID requirements.

But so far, those changes have not attracted the Republican support that Manchin was seeking.