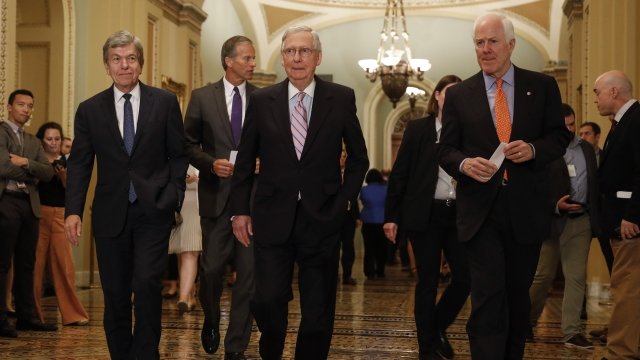 The Senate overwhelmingly passed a short-term spending bill Tuesday, keeping the government funded through Dec. 7 and staving off a government shutdown — if President Trump signs it.

The $854 billion bill passed 93-7 and includes, among other things, a pay raise for the military. But it does not supply funding for Trump's long-promised wall along the U.S. Mexico border. The president said back in June he'd be willing to shut down the government over funding for the wall. Republican leaders have said they will consider funding for the wall after the November midterms.

The bill is attached to a full 2019 budget package created to address the wants of both Democrats and Republicans ahead of the midterms.

A whopping $675 billion is allotted for the Dept. of Defense. Military pay gets a 2.6 percent increase, while the National Institutes of Health received a five percent boost. The bill also provides funding for Health and Human Services, Education, Labor, and other agencies.

The bill now moves to the House. The government shutdown deadline is Sept. 30.