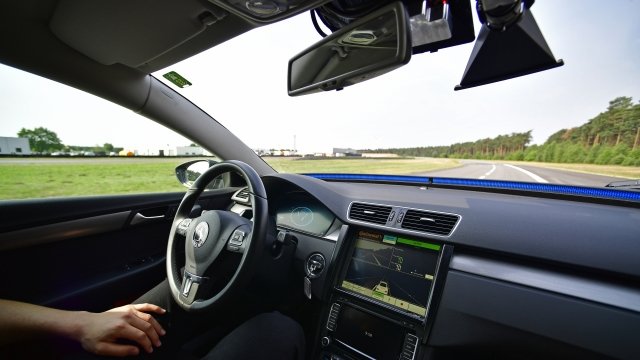 By Ryan Biek
September 6, 2017
The U.S. House of Representatives passed the Self Drive Act on Wednesday, but it doesn't give state officials as much of a say on safety.
SHOW TRANSCRIPT

The debate on self-driving legislation doesn't seem to be between Republicans and Democrats.

The U.S. House of Representatives passed a bill Wednesday for autonomous vehicles with bipartisan support.

But the Self Drive Act doesn't give states as much of a say on safety.

States would still handle vehicle registration, but the bill says they can't make laws on the "design, construction, or performance" of self-driving cars.

For instance, in its first year of being implemented, the Self Drive Act would allow manufacturers to put 25,000 self-driving cars on the road that don't meet the safety standards for normal cars.

But technology and car companies have argued state laws would give a mixed bag of rules that'd hamper innovation and make it hard for passengers to cross borders. 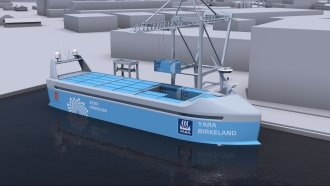 You've Heard Of Self-Driving Cars, But How About Autonomous Ships?

Some analysts and lawmakers have argued self-driving cars are going to become more common and that the first country to draft legislation will become a leader in the tech.

Critics have said they're worried safety could be less of a focus as companies rush to sell self-driving cars on a larger scale.

But it may be awhile before a federal law is on the books. As of Wednesday, the Senate was planning to release its own bill.

In a bipartisan statement of principles, senators argued "traditionally, the federal government has regulated the vehicle itself, while states have regulated driver behavior."