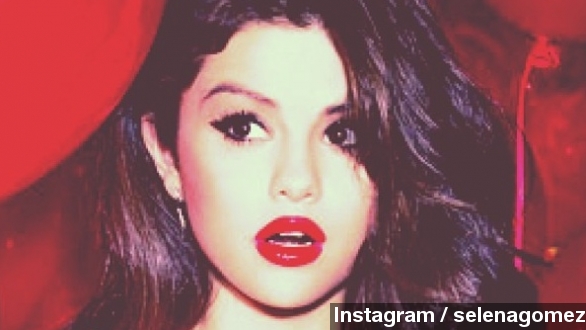 By Lauren Zima
February 5, 2014
The actress' rep reveals she spent time at a facility amid reports of drinking and drugs issues for her ex, Justin Bieber.
SHOW TRANSCRIPT

OK — here's a headline we didn't see coming. Justin Bieber has been in the press for his drinking and drug use, and it's now been revealed his ex-girlfriend Selena Gomez went to rehab.

According to her rep, Gomez voluntarily entered a facility in January, but "not for substance abuse." Still, sources told Radar Online Gomez had issues with drinking, drugs and partying. (Hollywood Records, Inc. / Selena Gomez)

Radar first reported the story Wednesday morning. The outlet says 21-year-old Gomez went to The Meadows, a recovery facility in Arizona that specializes in helping people age 18 to 26.

Of course, now outlets are speculating — are there hidden reasons Gomez went to rehab?

TMZ says she'd become worried about her life of excess with her ex, Bieber. The outlet also says Gomez was using Ambien, a prescription sleeping pill.

There may be questions about why she went to get help, but the news of the rehab stint answers some older questions.

In December, she mysteriously canceled a January leg of her world tour, saying she needed to "spend some time" on herself. Now, it seems that included a stay at The Meadows. (Via New York Daily News)

And she may have been trying to influence Bieber to follow in her footsteps. In late January, many outlets reported Gomez was trying to convince her troubled ex to go to rehab. (Via Hollywood Life)

No direct comment from Gomez on this latest news.