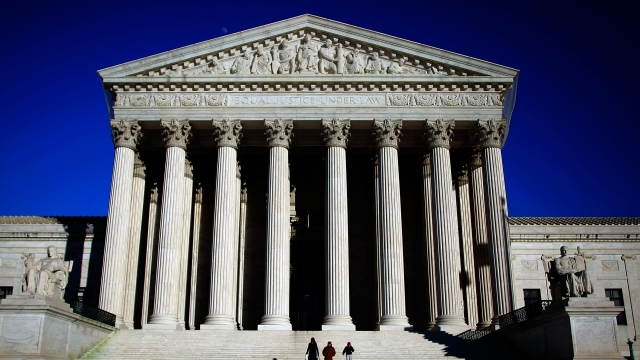 The Supreme Court has shut the door on restoring North Carolina's voter ID laws — for now. Thanks to a split decision, the court won't hear a challenge to an appeals court ruling that killed parts of the law.

In July, an appeals court found North Carolina gathered information on avenues black voters use most, then unconstitutionally worked to eliminate those avenues or added roadblocks. The high court's punt keeps the appeals court ruling in place.

The law not only required voters to show identification before voting, but got rid of seven early voting days. Both of those measures disproportionately impact minority voters, who are more likely to lean left.

Republican Gov. Pat McCrory, who is in a tight re-election campaign this year, asked the Supreme Court for an emergency stay on the ruling before the November election because it "creates confusion among voters and poll workers."

With the Supreme Court's rejection of the stay, the state will have to add the days back and get rid of the IDs completely. Civil rights advocates are praising the decision, with one saying it allows "elections this fall to proceed absent the cloud and concern of racially discriminatory voting laws."

This ruling could have serious ramifications, especially since North Carolina has morphed into a battleground state for the general election. Currently, Hillary Clinton and Donald Trump are polling neck and neck with just 0.5 points between them.