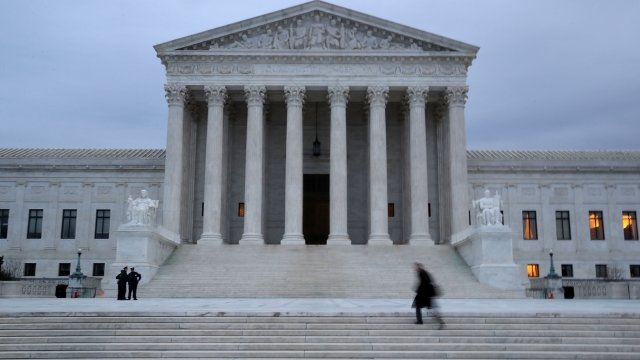 By Cristina Mutchler
November 5, 2018
The high court declined to hear an appeal from an internet trade group that sought to wipe out a lower court decision upholding net neutrality rules.
SHOW TRANSCRIPT

The Supreme Court has put an end to at least one net neutrality case.

It announced Monday it won't hear an appeal against Obama-era net neutrality regulations -- even though those rules were already rolled back by the Federal Communications Commission earlier this year.

Here's what the case was about: a group representing internet service providers had asked the justices to throw out a 2016 lower court ruling that upheld net neutrality policies. They argued the FCC didn't have the authority to impose the restrictions, which ban internet providers from blocking or slowing down traffic to users or offering what's called "paid fast lanes."

The Supreme Court didn't give a reason as to why it refused to hear the appeal, though it did say three of the court's conservative justices would've sided with the trade group. Chief Justice John Roberts and Justice Brett Kavanaugh declined to take part in the case.

This is just one of multiple challenges on the issue that have come up after the Trump administration repealed the net neutrality regulations. A separate case brought forth by a group of states petitioning for an open internet is currently making its way through the D.C. appeals court.