Think An Asteroid Killed The Dinosaurs? Some Scientists Aren't So Sure 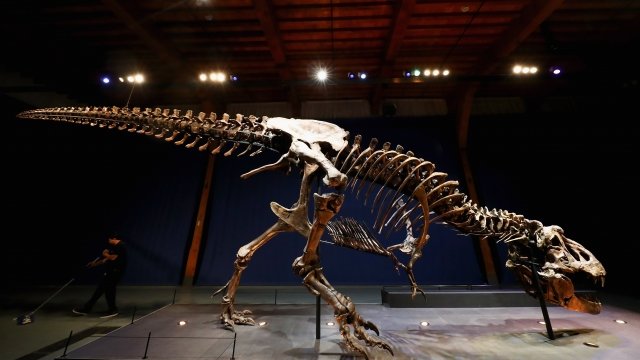 Quick: What killed the dinosaurs? I bet you answered "asteroid." That's what the books say. But is it settled science? Not quite.

There seems to be agreement on this much: Whatever did in T-Rex and company happened approximately 66 million years ago.

We already know these theories about the dinos' demise have been discarded:

— Dinosaurs got hooked on eating their eggs and their young and ate themselves into oblivion.

— They were too stupid to survive.

The debate about exactly what happened comes down to the asteroid theory and the volcano theory.

Asteroid proponents say an outer-space rock six miles across slammed into the Earth, leaving a crater 110 miles wide in the Yucatan Peninsula. The explosion from the impact was 10 billion times greater than the atomic bomb dropped on Hiroshima. It was followed by earthquakes and huge tsunamis. Debris from the impact sealed the world in darkness. The planet chilled, and the altered climate led to the extinction of roughly three-quarters of species, including dinosaurs.

For many, the end was abrupt — what some proponents of that theory call a "bad weekend." Roaches were among the survivors. The telltale evidence, according to asteroid theorists, is iridium. It's an element common in asteroids, and in the 1970s it was found spread around the world at the same soil layer. 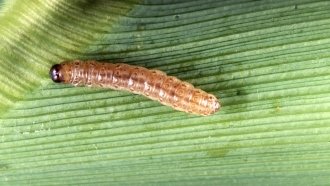 To Survive In A Warmer World, Insects Will Eat More Of Our Crops

The other evidence: A giant crater was discovered in 1991 near the Mexican town of Chicxulub Puerto. Some geologists have called it the "Crater of Doom."

Now for the volcano theory, a source of enormous contention.

The end of the dinosaurs, according to volcano theory proponents, was triggered by a series of volcanic eruptions on India's Deccan Plateau over a 350,000-year period. The eruptions blasted ash; toxic elements including mercury and lead; and gases, especially sulfur and methane; around the world.

The repeated eruptions initially cooled the Earth and drenched it with acid rain. This killed ocean life and wiped out vegetation that animals needed for food. Eventually, carbon dioxide and methane would raise temperatures and finish off the remaining food supplies.

Things didn't start to improve for 300,000 years — a bad era of cascading deaths rather than a "bad weekend."

There's also a combo asteroid-volcano theory: Some geologists say there's evidence that an asteroid impact accelerated volcano eruptions in India, and that together they produced a catastrophe that killed off most life, including the dinosaurs.

Here's something to ponder: There have been five mass extinctions during the Earth's 4.5-billion-year existence, four of them thanks to volcanoes. The fifth is hotly debated, and some experts warn a sixth is on the way, thanks to (yet again) climate change.