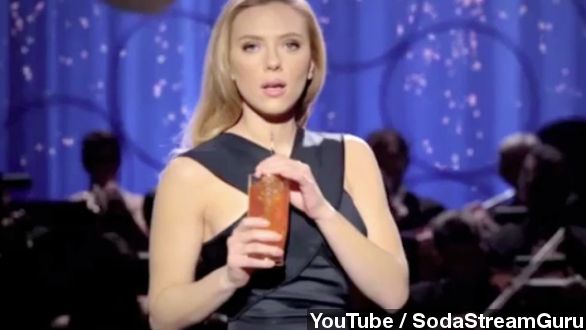 By Candice Aviles
January 30, 2014
The actress is leaving her position with Oxfam International after a disagreement over her support of Israeli company SodaStream.
SHOW TRANSCRIPT

Scarlett Johansson is leaving her position with human rights organization Oxfam International. The actress's resignation comes after she was criticized for supporting Israeli company SodaStream.

Johansson has worked with Oxfam for eight years. But earlier this month, she became a global brand ambassador for SodaStream, for which she shot this Super Bowl ad. (Via Oxfam International, YouTube / SodaStreamGuru)

"The factory is in the Israeli-occupied West Bank and thus, according to the United Nations, is in violation of international law."

People got ahold of the statement Johansson's publicist released upon the star's departure. It reads, in part, "She and Oxfam have a fundamental difference of opinion in regards to the boycott, divestment and sanctions movement."

E! reports Oxfam accepted Johannson's resignation. The organization added: "Oxfam believes that businesses, such as SodaStream, that operate in settlements further the ongoing poverty and denial of rights of the Palestinian communities that we work to support."

According to The Washington Post, Oxfam has gone separate ways from a spokesperson before over the West Bank controversy. Back in 2009 it temporarily stopped working with “Sex and the City” actress Kristin Davis.