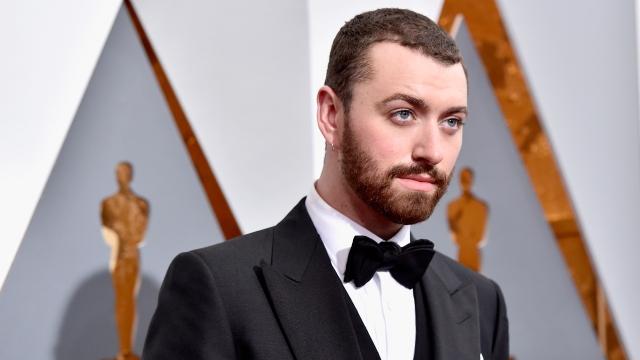 SMS
Sam Smith Is Taking A Twitter Break After Oscars Speech Backlash
By Briana Koeneman
By Briana Koeneman
March 2, 2016
The singer tweeted Tuesday, "I'm logging off for a while. Some martinis shaken not stirred are definitely in order."
SHOW TRANSCRIPT

Sam Smith is apparently taking a break from the online world for a while.

Just two days after giving that controversial Academy Award acceptance speech, the singer tweeted, "I'm logging off for a while. Some martinis shaken not stirred are definitely in order."

Smith won the Oscar for best original song for his hit, "Writing's On the Wall," Sunday night.

And during his acceptance speech, he inaccurately claimed he was the first-ever openly gay Oscar winner.

Which prompted immediate backlash from many social media users, including Dustin Lance Black, who is also openly gay and won the Oscar for best original screenplay back in 2009.

Long story short, Internet controversy ensued, and Smith soon apologized to Black for the mix-up, and it looks like all is right in the world once again.

Black and Smith are just two of many openly gay men to score an Academy Award, including Alan Ball and Elton John.

This video includes clips from E! and images from Getty Images.