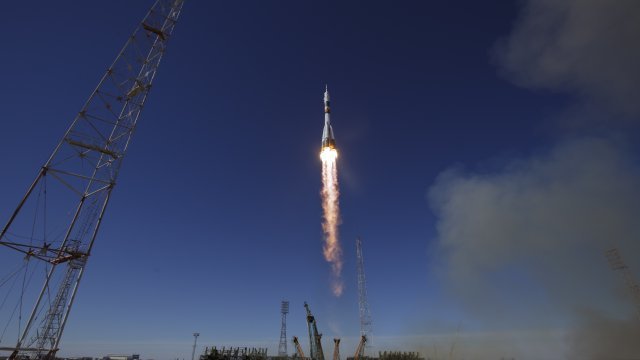 SMS
Russian Soyuz Rocket Will Launch Again In December
By Gabrielle Ware
By Gabrielle Ware
October 23, 2018
Two passengers had to make an emergency landing when the rocket launched earlier this month.
SHOW TRANSCRIPT

The Russian Soyuz rocket will soon be headed toward the International Space Station again after a failed launch earlier this month.

NASA says a new crew will be in the atmosphere in December. The previous crew, an American astronaut and Russian cosmonaut, had to make an emergency landing minutes after liftoff. They emerged from the incident safely. The next launch will consist of three new crew members: an American, a Russian and a Canadian.

An investigation was conducted after the event, and NASA chief Jim Bridenstine said Tuesday: "We have a really, really good idea of what the issue is. We are getting very close to understanding it even better so that we can confidently launch again."

Details weren't revealed explaining exactly what that issue was, but a previous statement said there was some kind of anomaly with a booster rocket. Russian officials say they'll complete their accident report by October 30th.