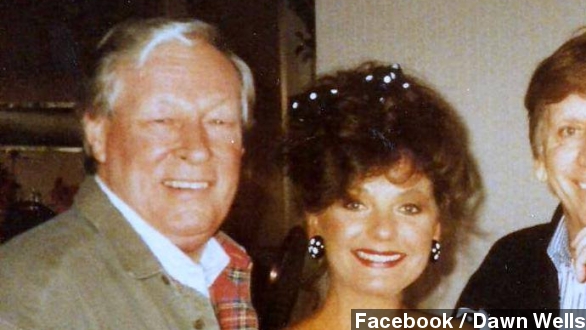 Famed actor Russell Johnson, best known for his role as the professor on "Gilligan's Island," has died.

Fans of the 1960s comedy "Gilligan's Island" knew Johnson as his character Professor Roy Hinkley, the intellectual schemer who made many attempts to get the castaways off the islands. (Via Flickr / pds209)

TMZ points out Johnson was on the show from 1964 to 1967 but was not originally featured in the show's intro. At first, the professor and Mary Ann were referred to as "the rest" but added later.

Dawn Wells, the actress who played Mary Ann on the show, voiced her condolences on Facebook. In one post, she wrote, "I love him and shall miss him." In another, she said: "My 2 favorite people are now gone. The Professor [passed] away this morning. My heart is broken." She shared a photo that showed her with Johnson and Bob Denver, the actor who played Gilligan. He died in 2005.

Aside from "Gilligan's Island," Johnson also starred in "This Island Earth," "It Came From Outer Space," "Gunsmoke," "The Twilight Zone" and more. (Via Archive of American Television)

​According to IMDb, Johnson last appeared on TV as a professor on the show "Meego."

Johnson leaves behind his wife, Constance, and his daughter, Kim.