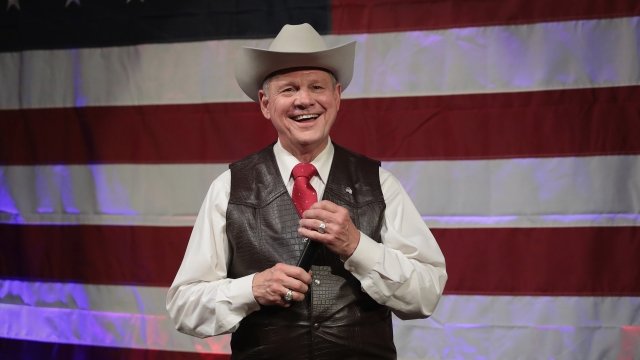 By Katherine Biek
September 6, 2018
Moore claims he was tricked into appearing on Sacha Baron Cohen's Showtime series and was "falsely portrayed as a sex offender" in a segment.
SHOW TRANSCRIPT

Moore and his wife filed a defamation lawsuit Wednesday, claiming he was tricked into appearing on Cohen's "Who is America?" TV show and then was "falsely portrayed as a sex offender and pedophile" in a segment.

During his 2017 Senate campaign, multiple women accused Moore of sexual misconduct. Some of those women said they were teenagers when Moore pursued them. Moore denied, and continues to deny the allegations.

Before the episode aired in late July, Moore said he'd been duped by the Showtime series into believing he was being flown to Washington, D.C. to receive an award for supporting Israel.

Moore also named Showtime and its parent company CBS Corporation in the complaint, saying they're liable because they "failed to take remedial action for Defendant Cohen's actions."

As of Thursday morning, Cohen's camp had not released a statement on the lawsuit, while a Showtime spokeswoman said the network won't comment on pending litigation.