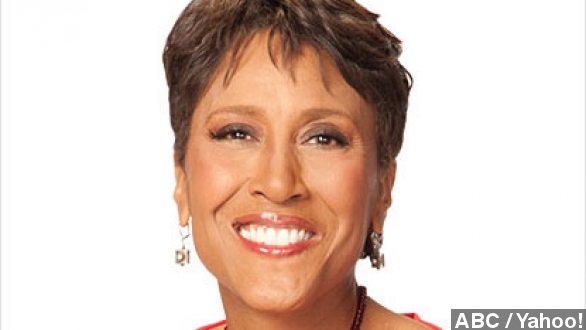 By Lauren Zima
December 30, 2013
The "Good Morning America" anchor thanked her "long time girlfriend" in a Facebook post Sunday. Find out who her girlfriend is.
SHOW TRANSCRIPT

"Good Morning America" anchor Robin Roberts is ending 2013 with a big reveal: She just came out on her Facebook page.

Saying in a post Sunday that she is grateful for her recovery, for her family and for her "long time girlfriend Amber," among other things.

The term "recovery" was referring to her battle with the rare blood disorder MDS. Roberts first returned to GMA in February. Before that, she had fought breast cancer.

But it's that first-ever acknowledgement of her girlfriend that's making headlines.

People Magazine has identified "Amber" as Amber Laign, a massage therapist from the San Francisco Bay area. The magazine reports the two have been together for 10 years and met through a mutual friend.

According to the Daily Mail, this is Laign. The pair were on vacation together in Hawaii in August.

But why come out now? TV Guide spoke to an executive at ABC who says Roberts came out after personal reflection on a tough year and that the ABC team has long known about Roberts and Laign's relationship.

The outlet also points out that coming out has brought little backlash for other news anchors like CNN's Anderson Cooper and Don Lemon and former GMA weatherman Sam Champion. (Via TV Guide)

But Roberts' reveal comes on the heels of that now-infamous "Duck Dynasty" interview that left A&E scrambling for a solution in recent weeks. (Via Chicago Tribune)

And a writer for Variety says with "GMA" at No. 1 in ratings, Roberts has influence here.

"​Roberts may help fuel more discussion and debate in this latest clash of cultural values."