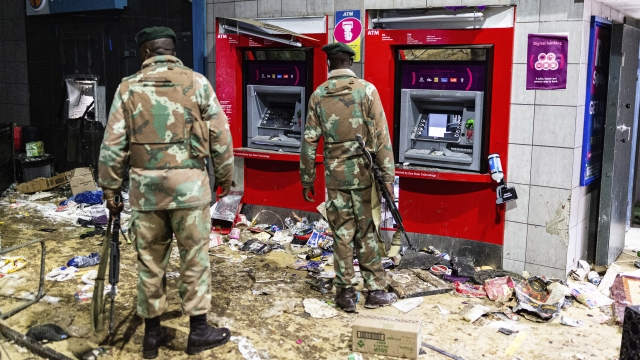 The death toll climbed to 72 from rioting in South Africa on Tuesday, with many people trampled to death during looting at stores, as police and the military fired stun grenades and rubber bullets to try to halt the unrest set off by the imprisonment last week of former President Jacob Zuma.

More than 1,200 people have been arrested in the lawlessness that has raged in poor areas of two provinces, where a community radio station was ransacked and forced off the air Tuesday and some COVID-19 vaccination centers were closed, disrupting urgently needed inoculations.

Many of the deaths in Gauteng and KwaZulu-Natal provinces occurred in chaotic stampedes as thousands of people stole food, electric appliances, liquor and clothing from stores, police Maj. Gen. Mathapelo Peters said in a statement Tuesday night.

He said 27 deaths were being investigated in KwaZulu-Natal province and 45 in Gauteng province. In addition to the people crushed, he said police were investigating deaths caused by explosions when people tried to break into ATM machines, as well as other fatalities caused by shootings.

The violence broke out after Zuma began serving a 15-month sentence for contempt of court on Thursday. He had refused to comply with a court order to testify at a state-backed inquiry investigating allegations of corruption while he was president from 2009 to 2018. 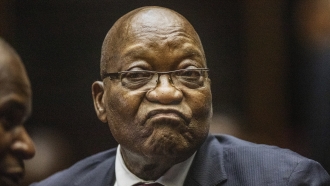 The unrest spiraled into a spree of looting in township areas of the two provinces, although it has not spread to South Africa’s other seven provinces, where police are on alert.

The Constitutional Court, the country’s highest court, heard Zuma’s application to have his sentence rescinded on Monday. Zuma’s lawyer argued that the top court made errors when sentencing Zuma to prison.

After 10 hours of testimony, the judges said they would announce their decision at a later date.