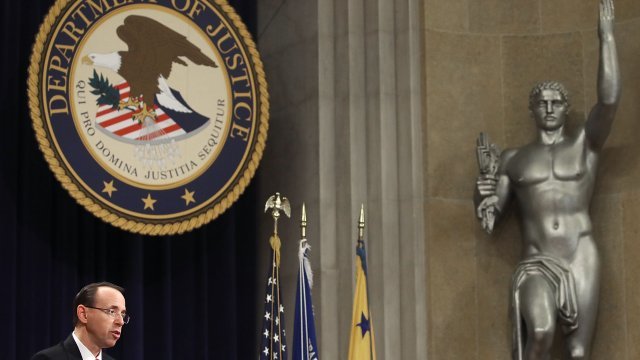 House Republicans announced Friday they're ending their yearlong investigation into the Justice Department's handling of Hillary Clinton's private emails and the Trump campaign's ties to Russia.

In a six-page letter, House Judiciary Chairman Bob Goodlatte and Oversight Chairman Trey Gowdy said they questioned the impartiality of those investigations, overseen by the DOJ and FBI, as well as the investigative tactics used.

Republicans leaders plan on releasing the transcripts of everyone interviewed, including former FBI Director James Comey and former Deputy Director Andrew McCabe. They also called on the Justice Department to appoint a special counsel to continue the investigations.

The democrats who will oversee the committees upon gaining the House majority this January say they have no plans on continuing the investigations.