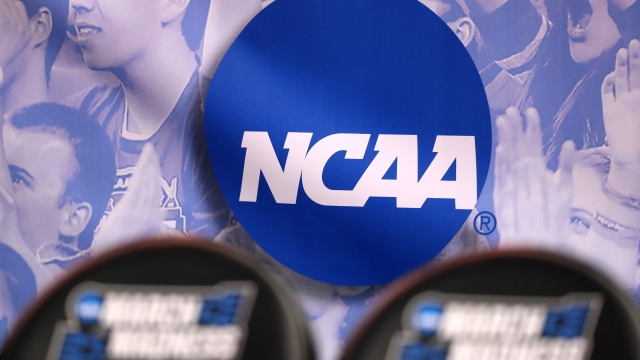 By Cristina Mutchler
March 21, 2019
One in five adults are expected to place some sort of bet on the college basketball tournament.
SHOW TRANSCRIPT

If you filled out a March Madness bracket this year, you've got lots of company. You're part of the millions of American adults betting billions of dollars on the games.

A new survey from the American Gaming Association estimates that 47 million people will bet around $8.5 billion total on the tournament.

It's pretty evenly split at how people will put down their money. They're expected to wager around $4.6 billion on 149 million brackets.

And $3.9 billion will be spent on bets at sportsbooks, online, with a bookie or with a friend.

Not all of that money will be bet legally. Some of those wagers will be made on illicit offshore sites.

This is the first college basketball tournament since certain forms of sports betting became legal in the U.S.

In May 2018, a Supreme Court ruling struck down a federal law that effectively banned sports gambling, leaving it up to states to decide whether to legalize it or not.

Now, regulated sports betting is offered in eight states, with more likely in the works.

But according to the AGA, sports "pool" betting, like casual bets, certain fantasy leagues and even office pools, generally isn't considered legal in most states.

The AGA said the massive betting interest in the tournament "reinforces the need for states to provide a legal, regulated market for sports betting."

Either way, basketball fans do seem to have a favorite this year. Almost 30 percent of people surveyed by the group are putting their money on Duke.