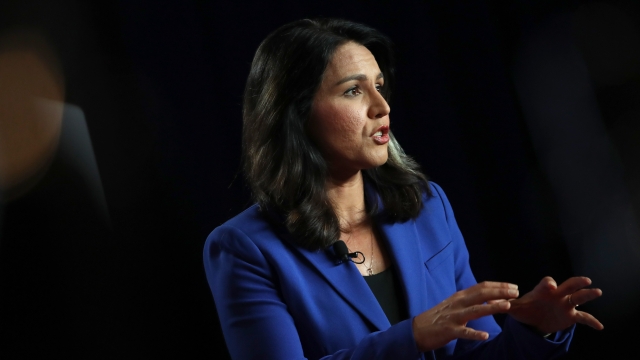 Gabbard's campaign says Google suspended its account for six hours on June 27 and 28, shortly after the platform announced Gabbard was the most searched candidate after the first debate.

The campaign says it tried to take advantage of that by buying ads, but Google suspended its account "without warning." It says being unable to run Google ads at that time cost it donations that could have rolled in if users were directed to Gabbard's campaign website.

The suit alleges Google "used its unique control over political advertising and election speech" to "silence" the candidate just days after the debate.

A spokeswoman said in a statement that Google's automated systems "flag unusual activity on all advertiser accounts — including large spending changes — in order to prevent fraud and protect our customers. ... In this case, our system triggered a suspension and the account was reinstated shortly thereafter."