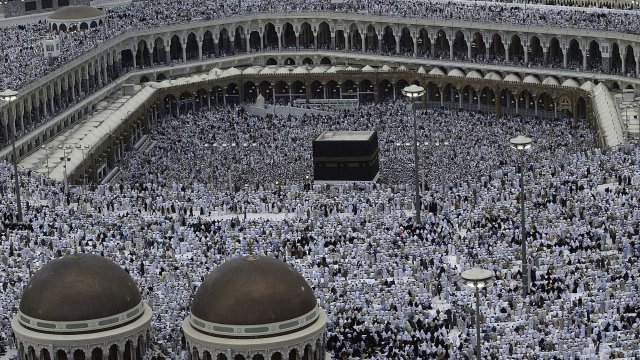 By Grant Suneson
August 26, 2017
Amid Saudi Arabia and Qatar's diplomatic spat, there are varying reports about whether Qataris would be allowed to make the pilgrimage to Mecca.
SHOW TRANSCRIPT

After months of back and forth, it's still unclear if citizens of Qatar will be able to make the pilgrimage to Mecca this year.

Saudi Arabia, which has Mecca within its borders, recently labeled Qatar a sponsor of terror and restricted its citizens' travel. That cast doubt on whether or not Qataris would be allowed to participate in the Hajj, or pilgrimage to Mecca.

The pilgrimage is one of the five pillars of Islam. All Muslims who are able to are supposed to make the trip at least once in their lifetime.

Saudi officials said they would let Qatari pilgrims into the country, but Qatar's Ministry for Islamic Affairs effectively called off the pilgrimage because it "did not find any cooperation or positive response from the Ministry of Hajj" in Saudi Arabia. 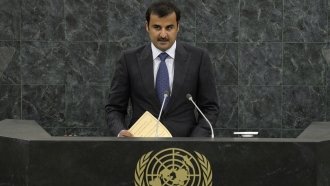 The government says this is infringing on Qataris' religious rights and previously filed a complaint with the United Nations. The annual pilgrimage is scheduled for September.

But Saudi authorities said hundreds of Qataris were already allowed to cross the border. The Saudi king even pledged to fly Qataris in for the event. Qatar was accused of refusing to let those planes land, something it denied.

The ongoing political strife between the two countries has made it tough to know what's really happening. There's been a lot of finger-pointing on both sides, leaving worshipers' plans up in the air.