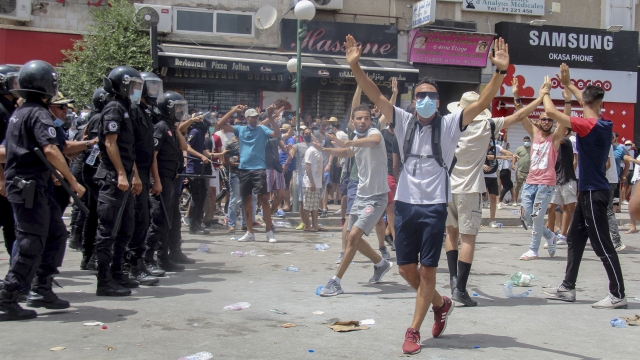 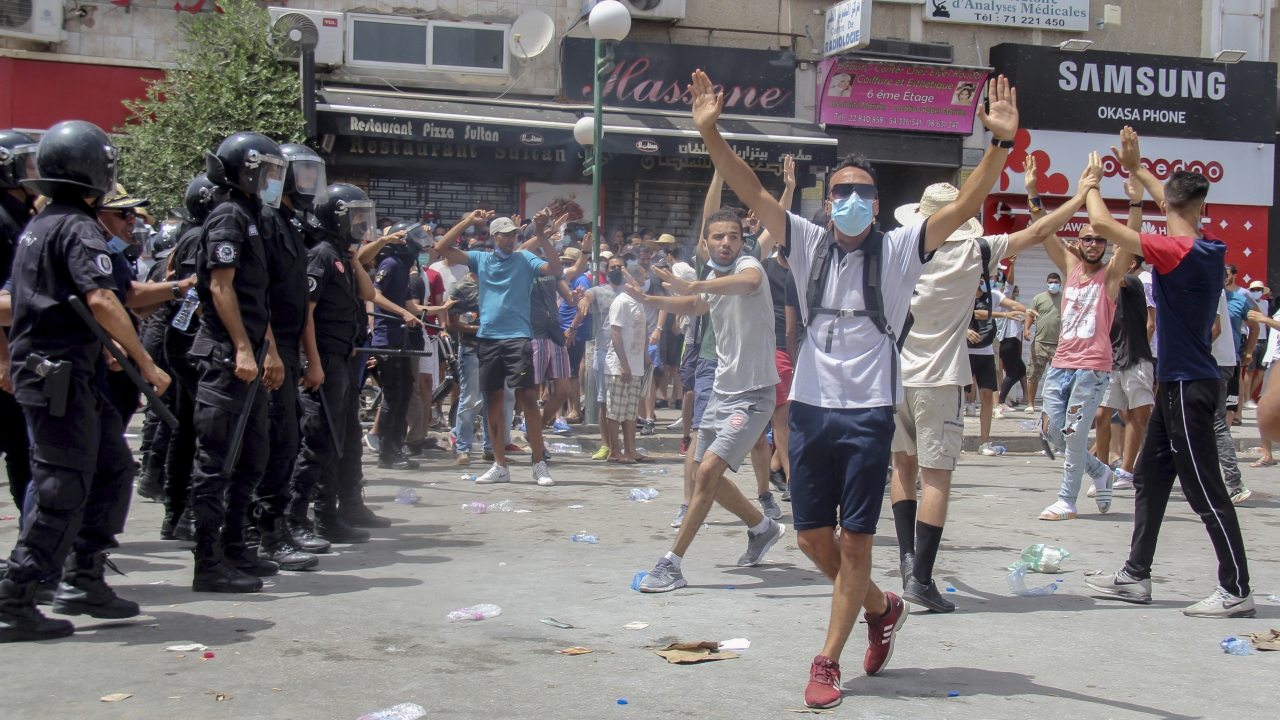 Troops surrounded Tunisia's parliament and blocked its speaker from entering Monday after the president suspended the legislature and fired the prime minister following nationwide protests over the country’s economic troubles and coronavirus crisis.

Police intervened Monday to prevent clashes outside the parliament building between lawmakers from Islamist party Ennahdha, which dominates the Assembly of the Representatives of the People of Tunisia, and demonstrators supporting the president. Both sides shouted and some stones were thrown, according to an Associated Press reporter and videos circulating online.

Security forces also moved in Monday on the Tunis offices of broadcaster Al Jazeera, ordering it to shut down, according to a statement by the Qatar-based network on its Facebook page. The reason for the move was not immediately clear.

The dissolution of parliament had been among demands of thousands of protesters who defied virus restrictions and scorching heat to demonstrate Sunday in the capital, Tunis, and other cities. The largely young crowds shouted “Get out!” and slogans calling for early elections, and also pushed for economic reforms. Clashes erupted in many places.

Tunisia’s economy has been struggling for years, and the country recently reimposed lockdowns and other virus restrictions because it’s facing one of Africa’s worst virus outbreaks.

The president said he had to fire the prime minister and suspend parliament because of concerns over public violence.

“We have taken these decisions...until social peace returns to Tunisia and until we save the state,” he said in a military-style televised address.

The parliament speaker, Ennahdha party leader Rached Ghannouchi, tried to enter parliament overnight but police and military forces guarding the site stopped him. On Monday morning, Ghannouchi was parked in a car in front of the building. His next steps were unclear.

He called the president's move “a coup against the constitution and the (Arab Spring) revolution," and insisted the parliament would continue to work.

Saied defended his decision, saying in a statement Monday that he acted according to the law.

Saied visited protesters overnight on the capital's main thoroughfare, Avenue Bourguiba, the epicenter of mass demonstrations that pushed out Tunisia's autocratic leader in 2011 and ushered in uprisings around the Arab world.

He warned against any breach of public order, threatening severe penalties.

The president invoked an article of Tunisia’s Constitution allowing him to take “exceptional measures in the event of imminent danger threatening the institutions of the nation and the independence of the country and hindering the regular functioning of the public powers.”

The measure allows him to assume executive power and freeze parliament for an unspecified period of time until normal institutional workings can be restored. But Ghannouchi said the president didn’t consult with him and the prime minister as required by the article. The three have been in conflict.

Others also criticized the president’s decision, both inside and outside Tunisia.

Former President Moncef Marzouki called for political dialogue, saying in a Facebook video, “We made a huge leap backward tonight, we are back to dictatorship.”

In a written statement, EU Commission spokesperson Nabila Massrali said Monday, “We call on all Tunisian actors to respect the Constitution, its institutions and the rule of law. We also call on them to remain calm and to avoid any resort to violence in order to preserve the stability of the country.”

Turkey’s government said it was “deeply concerned” by the suspension of the Tunisian parliament’s activities and said it hoped that “democratic legitimacy” is soon restored.

A Turkish Foreign Ministry statement called Tunisia an “exemplary success story in terms of the democratic process" and said it was imperative that its “democratic achievements” are preserved. Tunisia's 2011 revolt is often regarded as the only success story of the Arab Spring protests.