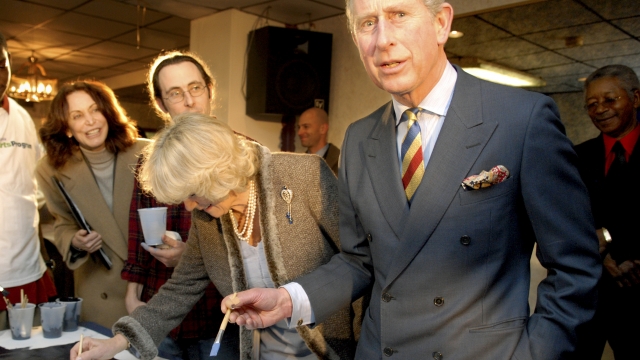 SMS
Prince Charles Makes Millions From His Watercolor Paintings
By Samantha Crook
By Samantha Crook
February 3, 2016
Since 1997, the Prince of Wales made about $3 million selling copies of his watercolor paintings, according to documents The Telegraph obtained.
SHOW TRANSCRIPT

According to The Telegraph, Prince Charles is one of the most successful British artists alive.

"It's a good discipline, if nothing else," Prince Charles sad in an A&E documentary.

The outlet reports he's made 2 million pounds — that's close to $3 million — since 1997 off copies of his watercolors. And he donates the earnings to his charitable foundation.

The estimate is based on documents from the residence of the Prince of Wales and The Duchess of Cornwall.

And an art dealer who handled his work before then told The Telegraph she estimates lithographs of his work have made closer to 6 million pounds including previous sales — or around $8.75 million.

According to the "interests" section of his website, Prince Charles has enjoyed painting for most of his adulthood.

And from time to time, he even invites young talent to paint with him.