President Trump Is Getting Serious About Exploring Space 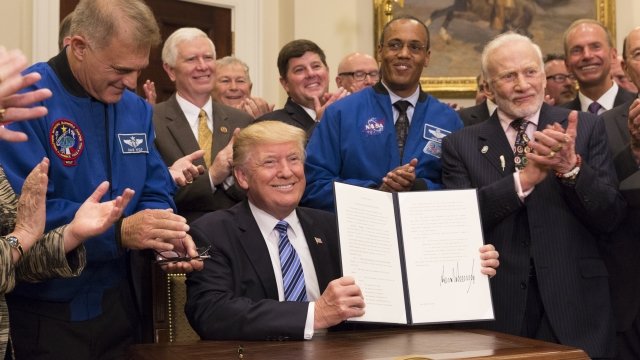 SMS
President Trump Is Getting Serious About Exploring Space

By Grant Suneson
June 30, 2017
President Trump restarted the National Space Council to help devise space policy and actions. Two of the members still need to be appointed, though.
SHOW TRANSCRIPT

"We are going to be leading again like we've never led before. We're a nation of pioneers, and the next great American frontier is space," Trump said.

The council was first created by the Eisenhower administration, but it hasn't existed since 1993. It will be in charge of all U.S. policies and activities concerning outer space. 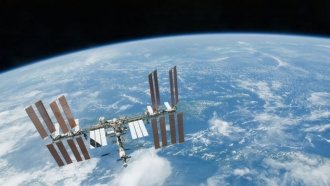 What Happens If Proposed Cuts To NASA's Climate Research Are OK'd?

We know Trump wants the U.S. to get to Mars, but it's unclear how he wants to get there. The council could favor helping private space companies like SpaceX or ask NASA to lead the way.

But the council might have to wait before it makes that decision. It holds spots for NASA's administrator and the director of the Office of Science and Technology Policy, but neither have been appointed by Trump.