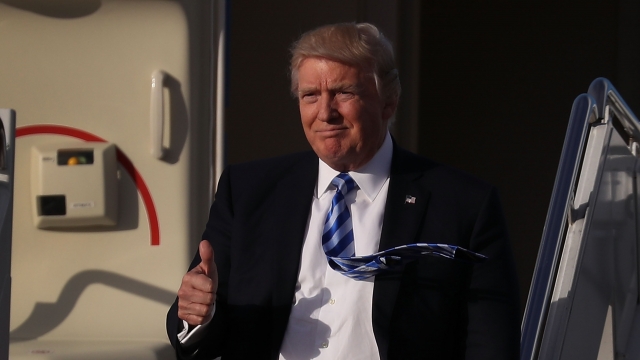 The paperwork was filed with the Palm Beach County Clerk in September. It lists President Trump's new permanent residence as his Mar-a-Lago resort. Melania Trump also reportedly filled out a similar form.

In a series of tweets, President Trump said he made the move because of his treatment in the city. He said: "unfortunately, despite the fact that I pay millions of dollars in city, state and local taxes each year, I have been treated very badly by the political leaders of both the city and state. Few have been treated worse." He also said he will always cherish New York and the people there.

A source close to the president told The Washington Post the move was mainly based on the tax disparity between New York and Florida.

The Associated Press reports there is a chance New York officials may audit President Trump in order to make sure that his move to a lower-tax state is real and not just on paper.