Trump Announces Mattis Is Stepping Down As Defense Secretary 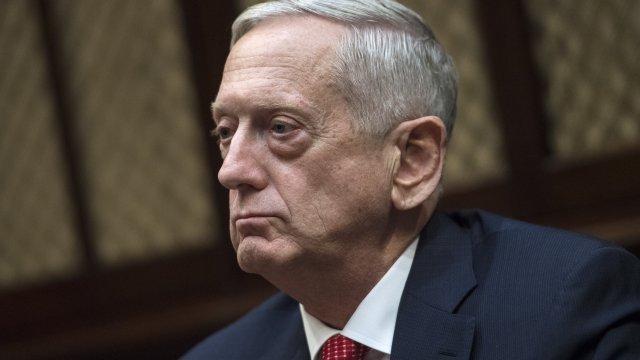 SMS
Trump Announces Mattis Is Stepping Down As Defense Secretary
By Alec Larson
By Alec Larson
December 20, 2018
Mattis said in a letter to Trump the president has the right to a defense secretary "whose views are better aligned with yours."
SHOW TRANSCRIPT

President Donald Trump announced on Thursday that Defense Secretary Jim Mattis will be stepping down from his position in February of next year.

In his resignation letter, Mattis said: "Because you have the right to have a Secretary of Defense whose views are better aligned with yours. ... I believe it is right for me to step down from my position."

His resignation comes just a day after Trump made public his decision to withdraw American troops from Syria, a move that was reportedly opposed by Mattis and other top security advisers.

In a tweet announcing Mattis' retirement, Trump said the secretary's replacement will be announced soon.