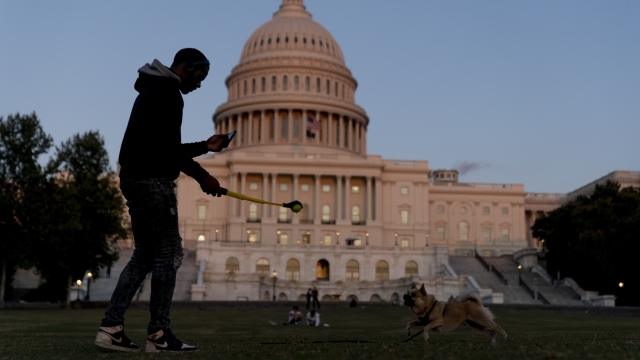 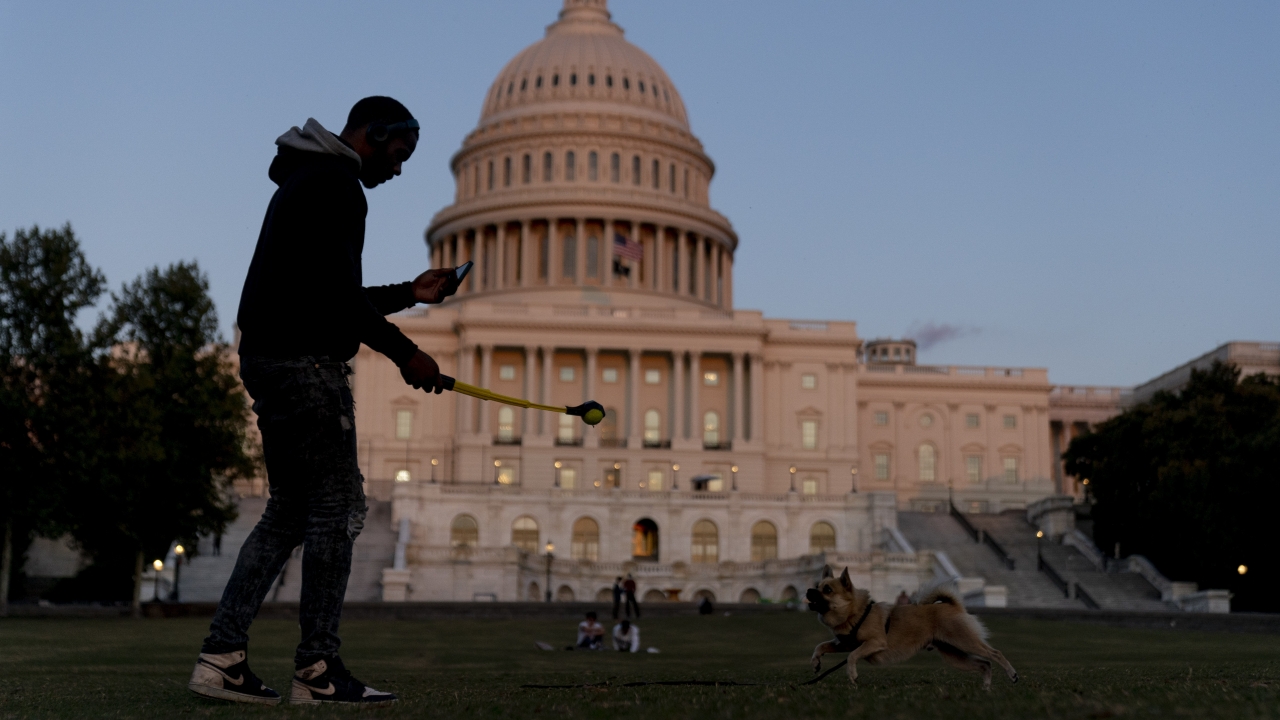 With only hours to spare, President Joe Biden signed legislation Thursday evening to avoid a partial federal shutdown and keep the government funded through Dec. 3. Congress had passed the bill earlier Thursday.

The back-to-back votes by the Senate and then the House averted one crisis, but delays on another continue as the political parties dig in on a dispute over how to raise the government's borrowing cap before the United States risks a potentially catastrophic default.

The House approved the short-term funding measure by a 254-175 vote not long after Senate passage in a 65-35 vote. A large majority of Republicans in both chambers voted against it. The legislation was needed to keep the government running once the current budget year ended at midnight Thursday. Passage will buy lawmakers more time to craft the spending measures that will fund federal agencies and the programs they administer.

The work to keep the government open and running served as the backdrop during a chaotic day for Democrats as they struggled to get President Biden's top domestic priorities over the finish line, including a bipartisan $1 trillion infrastructure bill at risk of stalling in the House.

"It is a glimmer of hope as we go through many, many other activities," said Senate Majority Leader Chuck Schumer.

With their energy focused on President Biden's agenda, Democrats backed down from a showdown over the debt limit in the government funding bill, deciding to uncouple the borrowing ceiling at the insistence of Republicans. If that cap is not raised by Oct. 18, the U.S. probably will face a financial crisis and economic recession, Treasury Secretary Janet Yellen said.

Republicans say Democrats have the votes to raise the debt limit on their own, and Republican leader Mitch McConnell is insisting they do so.

The short-term spending legislation will also provide about $28.6 billion in disaster relief for those recovering from Hurricane Ida and other natural disasters. Some $10 billion of that money will help farmers cover crop losses from drought, wildfires and hurricanes. An additional $6.3 billion will help support the resettlement of Afghanistan evacuees from the 20-year war between the U.S. and the Taliban.

"This is a good outcome, one I'm happy we are getting done," Schumer said. "With so many things to take care of in Washington, the last thing the American people need is for the government to grind to a halt."

Once the government is funded, albeit temporarily, Democrats will turn their full attention to the need to raise the limit on federal borrowing, which now stands at $28.4 trillion.

The U.S. has never defaulted on its debts in the modern era and historically, both parties have voted to raise the limit. Democrats joined the Republican Senate majority in doing so three times during Donald Trump's presidency. This time Democrats wanted to take care of both priorities in one bill, but Senate Republicans blocked that effort Monday.

Raising or suspending the debt limit allows the federal government to pay obligations already incurred. It does not authorize new spending. McConnell has argued that Democrats should pass a debt limit extension with the same budgetary tools they are using to try to pass a $3.5 trillion effort to expand social safety net programs and tackle climate change. He reiterated that warning as the Senate opened on Thursday, even as Democrats have labeled that option a "nonstarter."

"We're able to fund the government today because the majority accepted reality. The same thing will need to happen on the debt limit next week," McConnell said.

House Democrats pushed through a stand-alone bill late Wednesday that would suspend the debt limit until December 2022. Schumer said he would bring the measure to the Senate floor, but the bill is almost certain to be blocked by a Republican filibuster.

The arguments made in both chambers about the debt ceiling have followed similar themes.

"You are more interested in punishing Democrats than preserving our credit and that is something I'm having a real tough time getting my head around," House Rules Committee Chairman Jim McGovern told Republicans. "The idea of not paying bills just because we don't like (President Biden's) policies is the wrong way to go."

Undaunted, Republicans argued that Democrats have chosen to ram through their political priorities on their own and thus are responsible for raising the debt limit on their own.

"So long as the Democratic majority continues to insist on spending money hand over fist, Republicans will refuse to help them lift the debt ceiling," said Rep. Tom Cole.

The Treasury has taken steps to preserve cash, but once it runs out, it will be forced to rely on incoming revenue to pay its obligations. That would likely mean delays in payments to Social Security recipients, veterans and government workers, including military personnel. The Bipartisan Policy Center, a think tank, projects that the federal government would be unable to meet about 40% of payments due in the several weeks that follow.