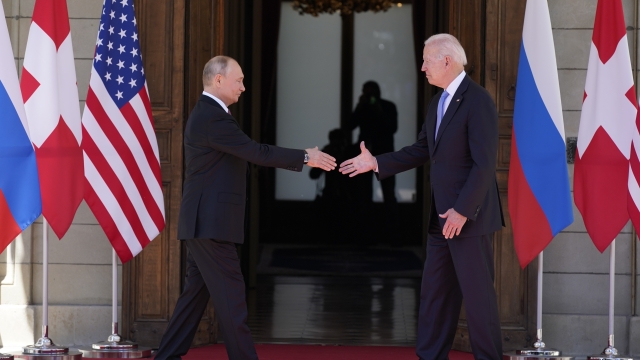 President Joe Biden told Russian President Vladimir Putin in a Friday phone call that he must "take action" against cybercriminals acting in his country and that the U.S. reserves the right to "defend its people and its critical infrastructure," the White House said.

The conversation came less than a month after the two leaders met in Geneva, when President Biden warned against continuing cyberattacks on U.S. businesses and infrastructure emanating from Russia.

A new ransomware attack linked to the REvil hacking group based in Russia caused widespread disruption last weekend, affecting as many as 1,500 businesses.

The White House said: "President Biden underscored the need for Russia to take action to disrupt ransomware groups operating in Russia and emphasized that he is committed to continued engagement on the broader threat posed by ransomware. ... President Biden reiterated that the United States will take any necessary action to defend its people and its critical infrastructure in the face of this continuing challenge."

The latest conversation between the two world leaders followed a series of ransomware attacks on vital infrastructure and major corporations that have elevated the threat to an urgent national security problem for the Biden administration.