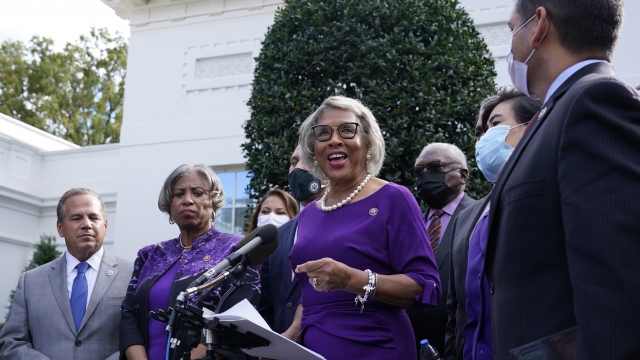 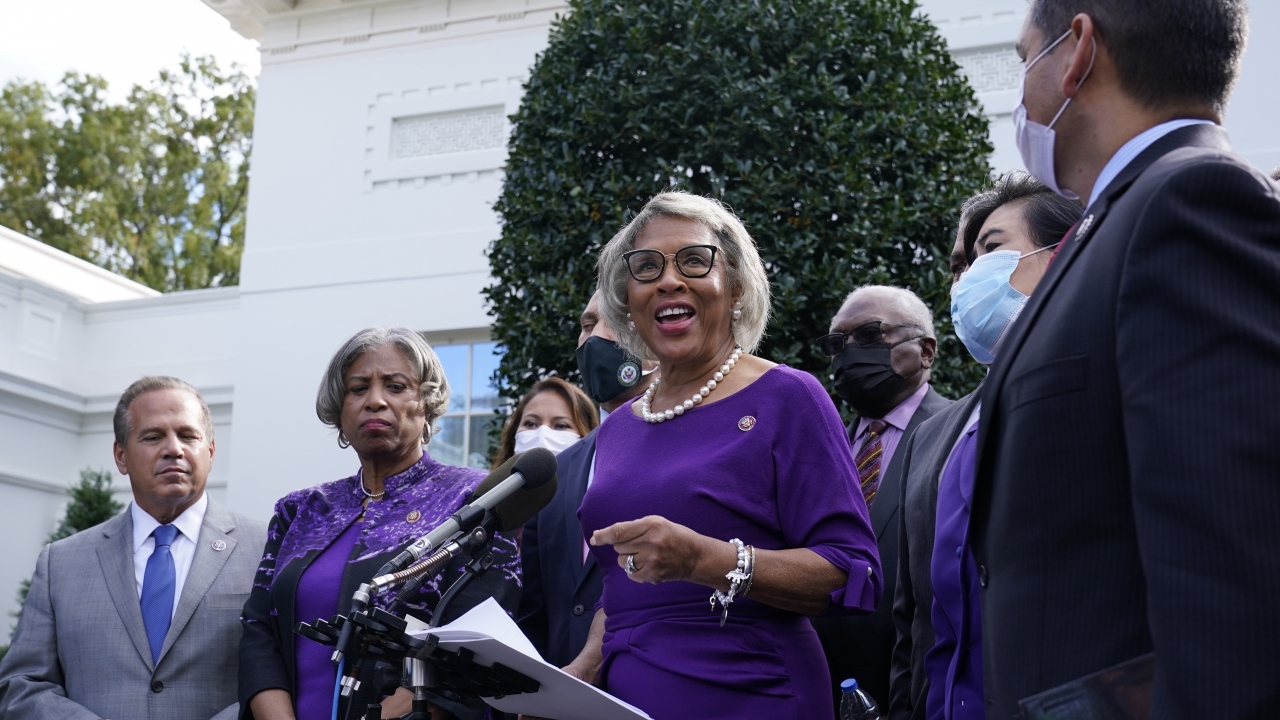 Half its original size, President Joe Biden's big domestic policy plan is being pulled apart and reconfigured as Democrats edge closer to satisfying their most reluctant colleagues and finishing what's now about a $1.75 trillion package.

How to pay for it all remained deeply in flux Tuesday, with a proposed billionaires' tax  running into criticism as cumbersome or worse. That's forcing difficult reductions, if not the outright elimination, of policy priorities — from paid family leave to child care to dental, vision and hearing aid benefits for seniors.

The once hefty climate change strategies are losing some punch, too, focusing away from punitive measures on polluters in a shift toward instead rewarding clean energy incentives.

All told, President Biden’s package remains a substantial undertaking — and could still top $2 trillion in perhaps the largest effort of its kind from Congress in decades. But it's far slimmer than the president and his party first envisioned.

House Speaker Nancy Pelosi told lawmakers in a caucus meeting they were on the verge of "something major, transformative, historic and bigger than anything else" ever attempted in Congress, according to a person who requested anonymity to share her private remarks.

"We know that we are close," said Rep. Joyce Beatty, D-Ohio, the chair of the Congressional Black Caucus, after a meeting with President Biden at the White House. "And let me be explicitly clear: Our footprints and fingerprints are on this."

However, vast differences among Democrats remain over basic contours of the sweeping proposal and the tax revenue to pay for it. As President Biden pushes for an agreement before he departs for global summits later this week, pressure is mounting on holdout Democrats — Sens. Joe Manchin of West Virginia and Kyrsten Sinema of Arizona.

From the White House, Press Secretary Jen Psaki said President Biden still hoped to have a deal in hand to show foreign leaders the U.S. government was performing effectively on climate change and other major issues. But she acknowledged that might not happen, forcing him to keep working on the package from afar.

She warned about failure as opposed to compromise

"The alternative to what is being negotiated is not the original package," she said. "It is nothing."

More lawmakers journeyed to the White House for negotiations Tuesday and emerged upbeat that the end product would be substantial, despite the changes and reductions being forced on them by Manchin and Sinema.

Together the two senators have packed a one-two punch — Manchin forcing supporters to pare back health care, child care and other spending and Sinema causing Democrats to reconsider their plans to reverse the Trump-era tax cuts on corporations and the wealthy.

Resolving the revenue side is key as President Biden insists all the new spending will be fully paid for and not piled onto the national debt. He vows any new taxes will hit only the wealthy, those earning more than $400,000 a year, or $450,000 for couples, and corporations he says must quit skipping out on taxes and start paying their "fair share."

But the White House had to rethink its tax strategy after Sinema objected to her party's initial proposal to raise tax rates on corporations and the wealthy. With a 50-50 Senate, President Biden has no votes to spare in his party.

Instead, to win over Sinema and others, the Democrats were poised to unveil a new plan for taxing the assets of billionaires. And on Tuesday they unveiled a proposal to require corporations with more than $1 billion in income to pay a 15% minimum tax, winning Sinema's backing.

"Here's the heart of it: Americans read over the last few months that billionaires were paying little or no taxes for years on end," said Sen. Ron Wyden of Oregon, chairman of the Senate Finance Committee, helming the effort.

Under Wyden's emerging plan, the billionaires' tax would hit the wealthiest of Americans, fewer than 1,000 people. It would require those with assets of more than $1 billion, or three-years consecutive income of $100 million, to pay taxes on the gains of stocks and other tradeable assets, rather than waiting until holdings are sold.

A similar billionaire’s tax would be applied to nontradeable assets, including real estate, but it would be deferred with the tax not assessed until the asset was sold.

Overall, the billionaires' tax rate had not been set, but it was expected to be at least the 20% capital gains rate. Democrats have said it could raise $200 billion in revenue that could help fund President Biden's package over 10 years.

Republicans deride the billionaires' tax and some have suggested it would face a legal challenge.

And key fellow Democrats were also raising concerns about the billionaires' tax, saying the idea of simply undoing the 2017 tax cuts by hiking top rates was more straightforward and transparent.

Rep. Richard Neal, D-Mass., the chairman of the Ways and Means Committee, said, "Our plan looks better every day."

Under the bill approved by Neal's panel, the top individual income tax rate would rise from 37% to 39.6%, on those earning more than $400,000, or $450,000 for couples. The corporate rate would increase from 21% to 26.5%. The bill also proposes a 3% surtax on the wealthiest Americans with adjusted income beyond $5 million a year.

Less concerned about the new taxes, Manchin is forcing his party to reconsider the expansion of health, child care and climate change programs he views as costly or unnecessary government entitlements.

On climate change, coal-state Sen. Manchin rejected President Biden's earlier clean energy strategy as too punitive on providers that rely on fossil fuels. Instead, the White House floated an idea to beef up grants and loans to incentive clean energy sources.

Manchin's resistance may scuttle one other tax idea — a plan to give the IRS more resources to go after tax scofflaws. He said he told President Biden during their weekend meeting at the president's home in Delaware that that plan was "messed up" and would allow the government to monitor bank accounts.

Democrats are hoping to reach an agreement by week's end, paving the way for a House vote on a related $1 trillion bipartisan infrastructure bill before routine transportation funds expire Sunday. That separate roads-and-bridges bill stalled when progressive lawmakers refused to support it until deliberations on the broader President Biden bill were complete.