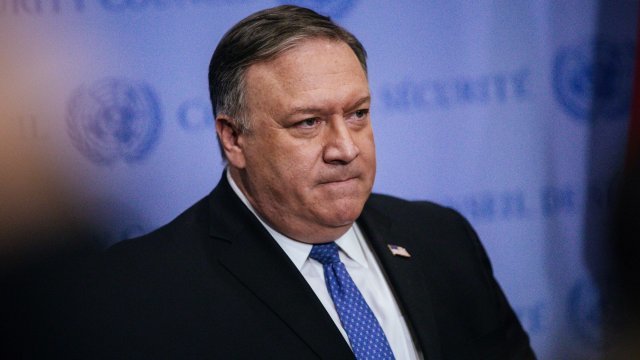 "Iran has been on a testing spree and a proliferation spree and this must come to an end. This threat is real and upon us," Pompeo said.

During a speech to the U.N. Security Council Wednesday, Pompeo said Iran's ballistic missile activity has increased since the nuclear deal went into effect.

"The United States made clear that Iran's ballistic missile activity is out of control and that they are defying the U.N. Security Council 2231 in numerous ways," Pompeo told reporters.

2231 is the U.N resolution that endorsed the Iran nuclear deal. It "calls upon" Iran not to undertake activities related to ballistic missiles that can deliver nuclear weapons, but it doesn't outright ban missile tests.

Pompeo didn't get too specific in his remarks, but Iran did test fire a ballistic missile earlier this month, which Pompeo claimed was capable of carrying multiple warheads.

Iran has denied its missiles are capable of carrying nuclear warheads. An anonymous defense official also told CNN it didn't pose a direct threat to the U.S. and didn't appear to "demonstrate any capabilities that the U.S. was not aware of."