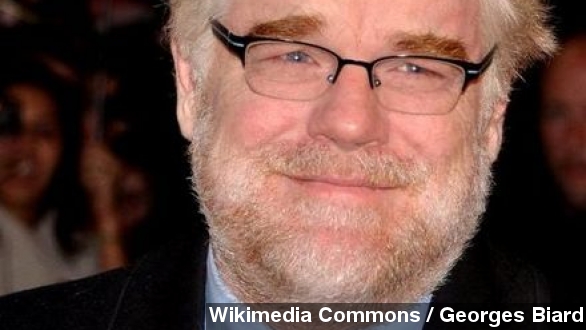 "The Oscar winner found dead in his West Village apartment on Sunday. Now, these arrests happened across town. It was on Mott Street in the Village, but in the East Village. Bethune Street's in the West Village. Reports say 350 bags of drugs were found." (Via WNBC)

Reports began emerging just hours after Hoffman's death that he was found with a needle in his arm and dozens of envelopes and baggies of heroin with specific markings in his apartment.

"Some of those packets were stamped with 'Ace of Spades,' another with 'Ace of Hearts.' Officials say the bags found during yesterday's arrests did not have those types of labels." (Via WNYW)

Police sources told several New York media outlets they went to the apartment on a tip. The four arrested included three men and a woman.

The New York Post sent a camera crew to the police station where officers took the suspects. When asked if he ever sold heroin to Hoffman, one of the men simply answered, "No, I did not."

Hoffman won an Oscar for his 2005 portrayal of Truman Capote, but he had long been a recovering addict. (Via Sony Pictures Classics / "Capote")

WABC reports the New York Medical Examiner expects autopsy results to be released Wednesday and Broadway will dim its marquee lights briefly Wednesday night as a tradition honoring the passing of a prominent theatre professional.