Uber Will Resume Autonomous Car Testing In A Major City 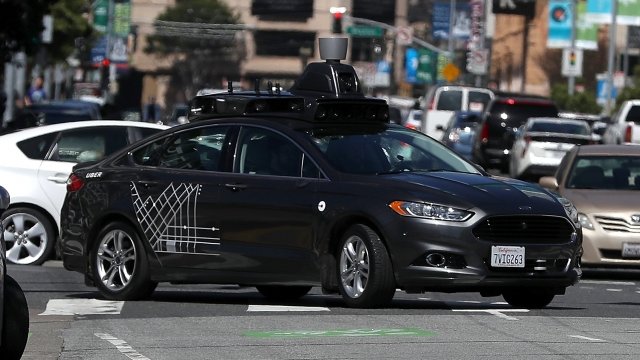 Uber's self-driving cars will once again be allowed to operate in autonomous mode in at least one major American city.

On Monday, the Pennsylvania Department of Transportation approved Uber's request to resume testing in the Pittsburgh area — but with a couple significant restrictions. There must be at least two human "backup drivers" in the car if they'll go over 25 mph, and at least one human driver will be required at all times. Also, the testing is approved for only one year.

In March, Uber suspended testing of its self-driving vehicles after one of its cars struck and killed a woman in Arizona.

A spokeswoman for the ride-sharing company told media outlets Pennsylvania authorities had approved its "letter of authorization" but didn't say when the testing would resume.

Uber reportedly plans to resume testing of its autonomous cars at its other test sites in California and Toronto.