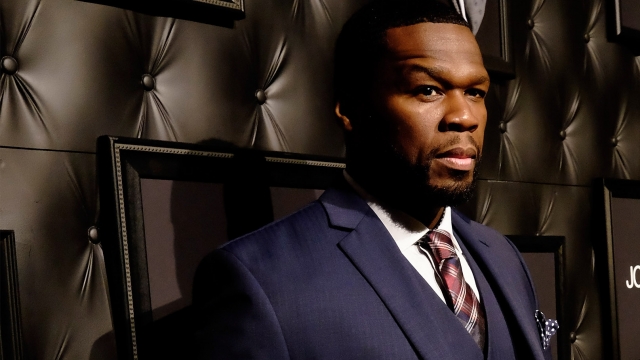 SMS
Pics Of Cash On 50 Cent's Instagram Raise Doubts About His Bankruptcy
By Samantha Crook
By Samantha Crook
February 20, 2016
A judge wants to see 50 Cent in court about his bankruptcy claim after photos of the rapper next to stacks of cash were posted on Instagram.
SHOW TRANSCRIPT

50 Cent's recent bankruptcy claim is being called into question in light of several photos on his Instagram account.

In posts over several months, the rapper shows off stacks of money, even spelling out the word "broke" in cash.

According to reports, after seeing some of those social media posts, a Connecticut judge said she was concerned about his alleged "lack of transparency" and ordered him to appear in court.

A bankruptcy document for the rapper said he wasn't filing because of excessive spending but because of increasing legal fees.

"I get a bull's-eye painted on your back. You know, when you're successful, it's publicly noted you become the ideal person for people to have lawsuits for," 50 Cent said on TBS' "Conan."

Notably, he was involved in a lawsuit for allegedly posting a woman's sex tape online. He was also involved in litigation over a failed headphones deal with Sleek Audio.

This video includes an image from Getty Images and G Unit Records.