Phil Robertson's Family: We Need Him On 'Duck Dynasty' 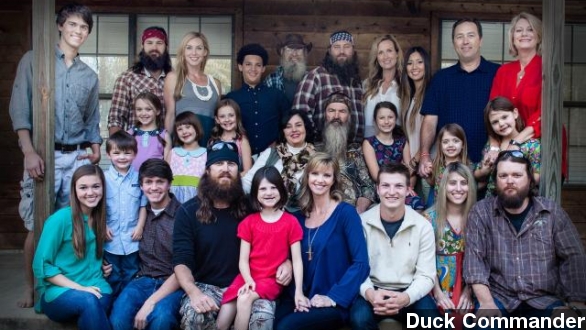 SMS
Phil Robertson's Family: We Need Him On 'Duck Dynasty'

By Briana Koeneman
December 20, 2013
Phil Robertson of "Duck Dynasty" found himself in hot water after he made derogatory comments about gay people, but his family is standing by him.
SHOW TRANSCRIPT

"Duck Dynasty" star Phil Robertson found himself in hot water after he made derogatory comments about gay people earlier this week — but his loved ones say they're standing by him.

Robertson was suspended from the hit A&E show after he compared homosexuality to bestiality, among other things, in an interview with GQ. (Via TBS / "Conan")

He told the magazine: "We never, ever judge someone on who's going to heaven, hell. ... We just love 'em, give 'em the good news about Jesus — whether they're homosexuals, drunks, terrorists. We let God sort 'em out later, you see what I'm saying?" (Via GQ Magazine)

Well, it turns out A&E didn't, in fact, know what he was saying and banned him from filming "Duck Dynasty" indefinitely.

Though his family admitted his comments were "coarse," they said Thursday night Robertson was merely speaking about his faith, and they don't know what they would do if he were permanently banned from "Duck Dynasty." (Via A&E / "Duck Dynasty")

They said in a statement: "We have had a successful working relationship with A&E but, as a family, we cannot imagine the show going forward without our patriarch at the helm. We are in discussions with A&E to see what that means for the future of 'Duck Dynasty.'" (Via Duck Commander)

Ever since his comments went public, Robertson has been at the center of some pretty fiery debates, with GLAAD calling his remarks hate speech and politicians including Sarah Palin defending them as free speech. (Via Parade)

No word on when A&E will make a final decision about Robertson's involvement with the show.