The More Personal Politics Get, The More Divided The Country Seems 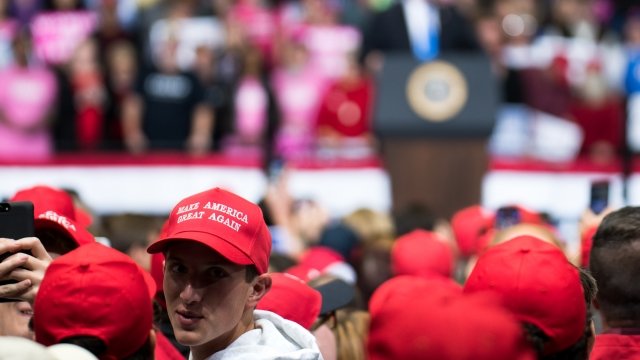 To be human is to crave a sense of "belonging." It's a basic psychological need, leading to companionship, compassion, communication. The place we satisfy these needs has become a source of consternation: our tribes. Not long ago, these groups were a few hundred people, max. Now they're millions or billions strong, thanks to our shifting definitions.

That's because all of us belong to many tribes. Religion. A profession. Sports team. Your family. And, yes, ethnicity, race, political party. "Belonging" is linked to a sense of well-being and good health.

The goal of the Constitution was to bring the diversity together under a single umbrella of ideas — a "tribe-transcending national identity" is the way Atlantic magazine put it.

The country's founders were especially wary of one particular type of tribe: political parties. But parties developed almost immediately.

Tribes with different interests and characteristics can co-exist. It's when a tribe feels threatened or disrespected that problems develop — and there are indications that’s what's happening in the U.S. now.

A poll in 2017 by NPR and public health experts found that just about every every ethnic group feels discriminated against:

More than half in every group feels, in some way, persecuted. Of people identifying as LGBTQ, 90 percent say they're a target of discrimination.

The origins of today's political dynamics are complicated aggravated by inter-tribal suspicions. College educated young people have moved from the heartland to major cities, adding to the rural-urban divide. 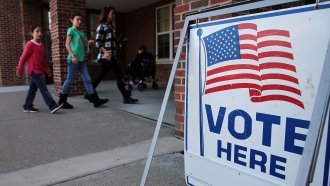 There's the changing demographic face of America and the impending end of whites' majority status just a few decades away. There's a slowing of social mobility and a widening of the gulf between the haves and have-nots.

Plus, divisions are stoked by extremist media and some political leaders that target and nurture fears and frustrations. The question seems to be whether there is an American tribalism that ultimately proves to be stronger than the rest — a core of common interests and ideals regardless of race, ethnicity, religion, sexual orientation or income.