US Looking To Extend Troop Deployment At Border Through Christmas 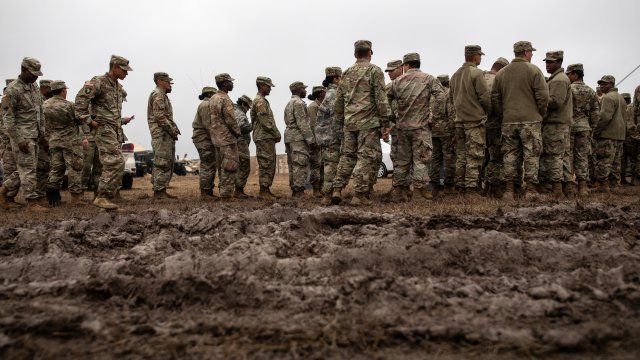 SMS
US Looking To Extend Troop Deployment At Border Through Christmas

By Sebastián Martínez Valdivia
November 30, 2018
The request from Homeland Security asks for troops to be deployed through the end of January.
SHOW TRANSCRIPT

The Department of Homeland Security is asking the Pentagon to extend troop deployments at the southern border by more than a month.

In a statement Friday a DHS spokesperson said the department has asked the deployment be extended due to what she called the, "ongoing threat" of Central American migrants at the border.

The department is also reportedly looking to reduce the overall deployment to about 4,000 troops. The bulk of the current deployment is in Texas, far from Tijuana, where thousands of people from Honduras, El Salvador, and elsewhere have been camped out for weeks.