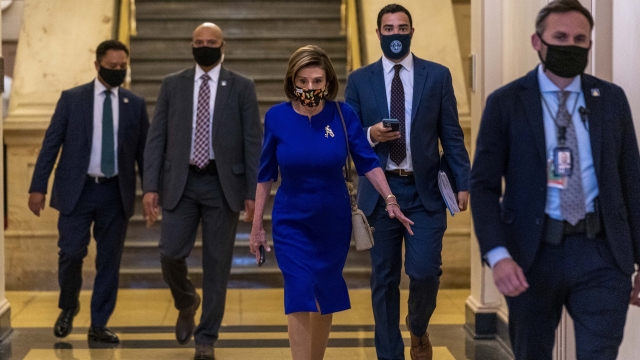 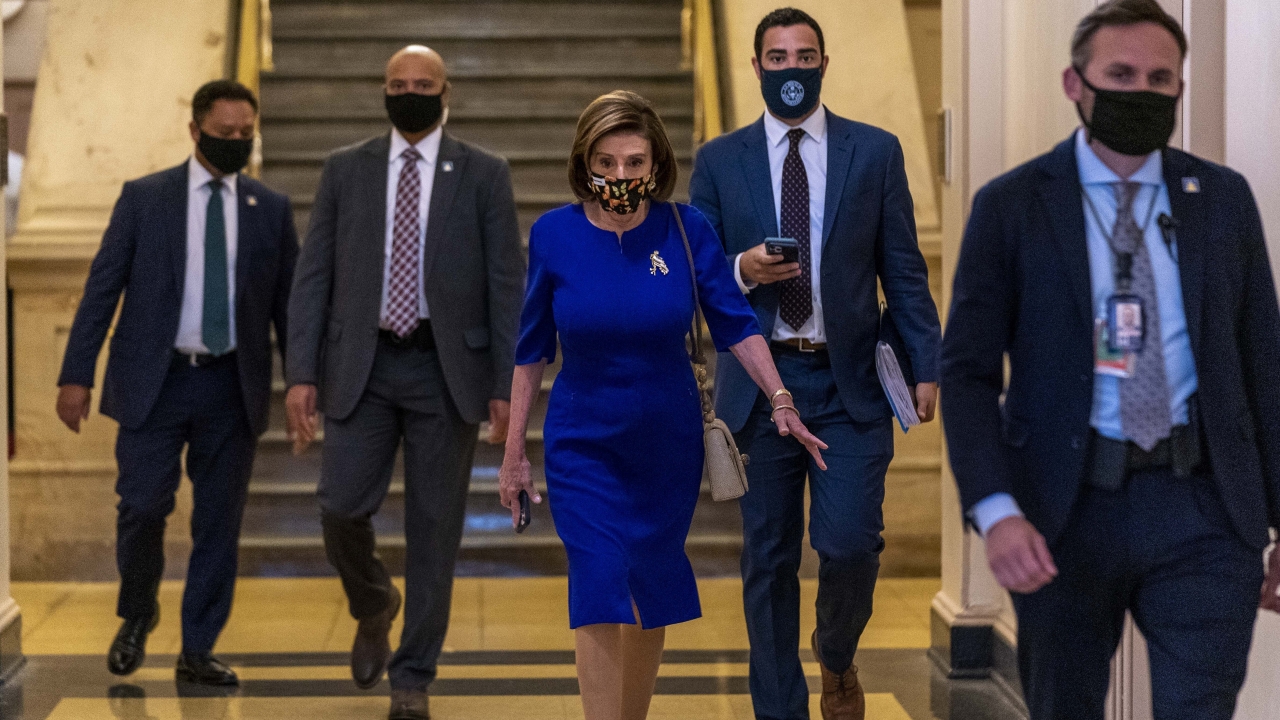 House Speaker Nancy Pelosi told colleagues early Wednesday that Democrats are in "pretty good shape" on President Joe Biden's sweeping domestic plan and a related $1 trillion infrastructure bill as they race to wrap up talks ahead of his departure for global summits.

Her upbeat comments came as Biden and Democrats try to strike agreement on his big proposal, now about $1.75 trillion in social services and climate change programs, before the president departs for overseas summits hoping to have a deal in hand.

White House officials were meeting at the Capitol with two key holdout Democrats, Sen. Joe Manchin of West Virginia and Sen. Kyrsten Sinema of Arizona, according to a person granted anonymity to discuss the private meetings.

The quickening pace of negotiations comes as Senate Democrats pushed past skeptics Wednesday and unveiled a new billionaires' tax proposal, designed to help pay for the package and edge his party closer to an overall agreement.

There's a Sunday deadline to approve the bipartisan infrastructure bill or risk allowing funds for routine transportation programs to expire. But the $1 trillion infrastructure bill has been held up by progressive lawmakers who are refusing to give their support without the bigger Biden deal.

Pelosi reiterated that in order for the House to pass the bipartisan infrastructure bill, Democrats need to have "the trust, the confidence and the reality" in President Biden's broader package.

One part of the plan is coming into focus: The unveiling of the billionaires' tax Wednesday could help resolve the revenue side of the equation as Democrats try to settle on a tax strategy.

The proposed new tax would hit the gains of those with more than $1 billion in assets or incomes of more than $100 million a year, and it could begin to shore up the big social services and climate change plan.

President Biden and his party are zeroing in on at least $1.75 trillion in health care, child care and climate change programs, scaling back what had been a $3.5 trillion plan, as they try to wrap up negotiations this week.