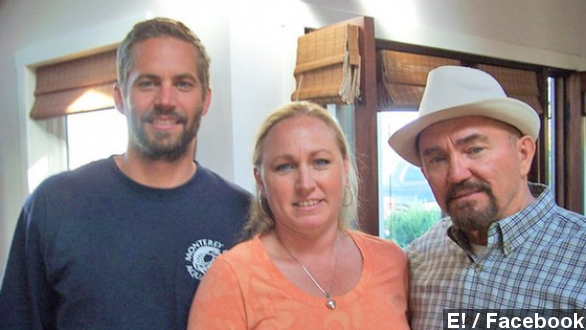 Paul Walker's body was released from the Los Angeles County Coroner's Office this week, and now the actor's family has announced they are planning a private funeral for the actor this weekend.

The service will be for family and close friends only, though there are also talks of an additional larger memorial to be held over the weekend, as well. (Via People)

A family source told TMZ that Walker's 15-year-old daughter, Meadow, was the main reason for the decision to make the service private.

"[She] is understandably having a difficult time. They don't want a bunch of strangers surrounding the girl because she needs to feel comfortable to grieve."

Forty-year-old Walker died Nov. 30 alongside friend Roger Rodas after the two were involved in a single car crash in Santa Clarita. An autopsy confirmed Walker died of "traumatic and thermal injuries."

The LA Times reported that a memorial at the crash site drew thousands of grieving fans to Santa Clarita Sunday, many of whom showed up in high-performance vehicles as a nod to Walker's role in the "Fast & Furious" franchise.

And they have not been the only ones to pay tribute to the fallen actor. WJW-TV has one scene out of northeast Ohio.

"Drivers cruised down to Edgewater Park to take part in a nationwide salute. At 9 o'clock sharp, everyone revved their engines and honked their horns for five minutes to pay tribute to the 'Fast & Furious' star and his friend."

Sources also report that Walker will be laid to rest in Forest Lawn Memorial Park in the Hollywood Hills in California.