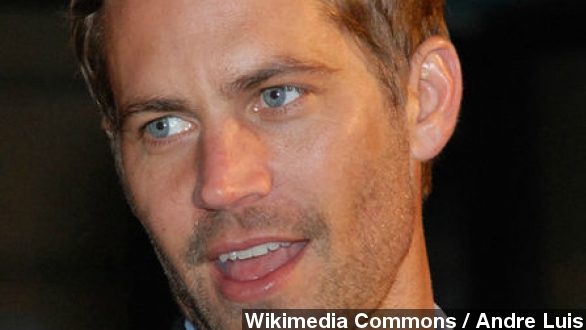 Actor Paul Walker died in a fiery car crash Saturday, and now his autopsy results have been revealed.

The actor died from a combination of traumatic and thermal injuries, according to the Los Angeles County coroner's office. His friend, driver Roger Rodas, died of multiple traumatic injuries. (Via Empire Magazine)

Basically, what that means is Walker died from impact and from the heat and fire. (Via TMZ)

Rodas was driving a Porsche GT and crashed Saturday afternoon. The car burst into flames. The coroner has ruled the pair's deaths were accidental. (Via YouTube / Libertafree Liberta)

Toxicology results are still pending and could take several more weeks. Until then, theories as to what went wrong continue to run rampant.

A witness told The Hollywood Reporter Walker and Rodas had left a charity event and taken the car for a drive because they thought something was wrong with it.

Police have said speed was a factor in the crash, and according to People Magazine, the car was going at least 90 mph. The posted speed limit was 45 mph.

The Porsche Carrera GT is known as a powerful vehicle several times faster than the average car.

But both Walker and Rodas were experienced drivers. The car, seen here on the BBC's "Top Gear," could have a black box inside it, which would give more details as to speed and what might have happened.

Other witnesses think a tire might have blown on the car, and some reports say skid marks in the area indicate the two may have been doing donut spins.