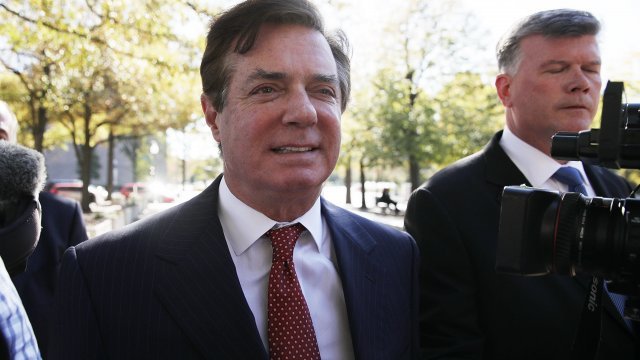 President Donald Trump’s former campaign chairman Paul Manafort is talking to prosecutors about a plea deal, according to sources familiar with the matter.

Multiple outlets report Manafort doesn't want to cooperate with Mueller's investigation, but also wants to avoid another trial. Manafort chose to go to trial for separate charges earlier this year and was found guilty of bank and tax fraud.

It's not yet clear what the terms of the plea deal would be, but sources told the Wall Street Journal it probably wouldn't include an explicit requirement that Manafort cooperate with Mueller.

President Donald Trump has praised Manafort in the past for not cooperating with Mueller's team.