Parker Hints At New 'Sex And The City' Movie 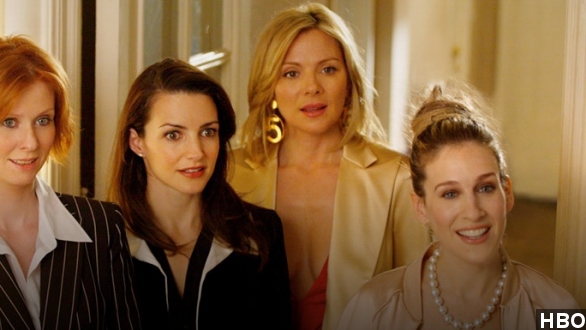 SMS
Parker Hints At New 'Sex And The City' Movie

By Lauren Zima
January 8, 2014
In a new interview, Sarah Jessica Parker (aka Carrie Bradshaw) says a third "Sex and the City" film could happen.
SHOW TRANSCRIPT

Time to grab a drink and, more importantly, your girlfriends for a night out? Sarah Jessica Parker is hinting the "Sex and the City" saga might not be over.

In a new interview with InStyle magazine, the actress says Carrie, Samantha, Miranda and Charlotte may have one more movie in them yet. (Via New Line Cinema)

"A part of me thinks there is one last chapter to tell. ... But timing is a peculiar thing. It isn't a decision that can wait forever. I don't want to have to wear muumuus!"

In December, Kristin Davis, who played Charlotte, shared a similar sentiment. She told Haute Living magazine that a third movie had been discussed.

Still, Cynthia Nixon, aka Miranda, told The Hollywood Reporter in October 2012 that it was "fine" to let the series go at this point.

But going all the way back to 2011, Kim Cattrall — that's Samantha — said she would "love to revisit" the characters. (Via MovieWeb)

In case you forgot, "Sex and the City 2" came out back in 2010, and while it was a box office success, critics slammed the movie. (Via IMDb)

So we're guessing that'll make you feel old, but we're never too old for more "Sex and the City," are we? We'll raise my imaginary cosmo to that.