Paris Protests Preview The Challenging Transition To A Green Economy 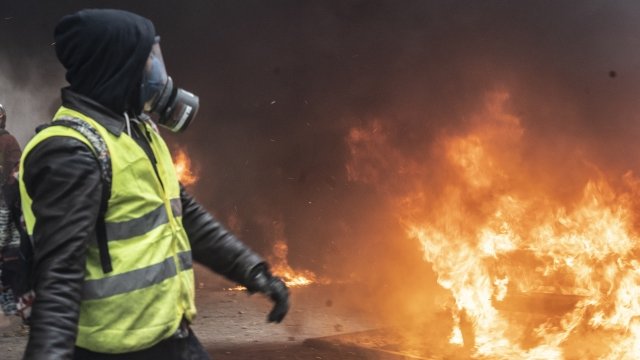 By Matt Picht
December 4, 2018
France's government has been forced to walk back a planned fuel tax after it was met with weeks of widespread protests.
SHOW TRANSCRIPT

Chaos in the streets of Paris has highlighted a major challenge facing countries hoping to address climate change: how to tackle the issue without putting a financial strain on their citizens.

The so-called "yellow vest" protests in Paris — the city where a global climate agreement was reached three years ago — has forced the government to postpone a planned tax hike on fuel. The tax was meant to curb vehicle emissions but faced backlash from rural citizens in particular.

Elliot Diringer is the executive vice president of the Center for Climate and Energy Solutions, a nonprofit working to advance policies to tackle climate change. Newsy spoke to him before he left to attend the COP24 international climate meeting in Poland.

Diringer told Newsy: "The protests in Paris are a vivid and timely illustration of the challenges we face in undertaking a really transition to a low-carbon economy. There are costs along the way, and we have to make sure that the poorest of our society don't bear the brunt."

The global conference is an opportunity for the participating countries to agree to common rules about how to go about implementing the Paris climate agreement.

But the ways countries try to hit those goals can spark public backlash. France's fuel tax rebounded especially heavily on the country's rural citizens, who can't afford to rely on public transit.

France is one of many countries around the world experiencing a wave of nationalism and mistrust of global governance efforts like the Paris accord. In the face of that trend, Diringer says it's all the more important that countries find way to mitigate any disruption from climate change policies. 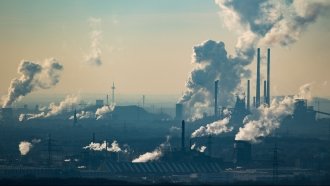 Who Should Pay To Fix The Climate: Developed or Developing Nations?

Diringer said: "In the course of a transition to a low-carbon society, certain sectors, certain communities, may face a greater share of those costs which is why we as a society need to find ways to cushion those transitional impacts and help them adapt to that transition.

President Trump has famously pulled the U.S. out of the Paris climate agreement. But the withdrawal doesn't take effect until 2020; until then, U.S. diplomats are still at the negotiating table for the agreement.