Oxford Dictionaries Decides On 2016's Word Of The Year 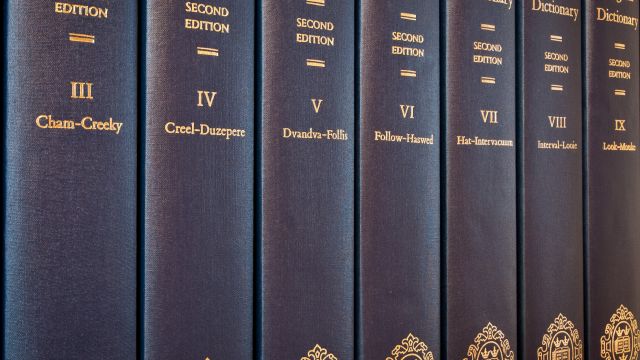 SMS
Oxford Dictionaries Decides On 2016's Word Of The Year

According to the Oxford Dictionaries, the word you're looking for is "post-truth." The dictionary's new Word of the Year is defined as "circumstances in which objective facts are less influential in shaping public opinion than appeals to emotion and personal belief."

SEE MORE: Why Facts Should Matter In Politics

The dictionary traces the word's modern usage back to a 1992 essay reflecting on the Ronald Reagan administration's trade of arms to Iran in exchange for the release of hostages.

During his apology for the scandal, President Reagan told the nation, "My heart and my best intentions still tell me that's true, but the facts and the evidence tell me it is not."

But the word got a serious workout this year. According to Oxford, its usage increased 2,000 percent over its usage in 2015.

The Oxford Dictionaries team attributes that spike to two major geopolitical events: the U.K.'s vote to leave the European Union and Donald Trump's election to the U.S. presidency.

Oxford Dictionaries President Casper Grathwohl said the choice "reflects a year dominated by highly charged political and social discourse. Fueled by the rise of social media as a news source and a growing distrust of facts offered up by the establishment, post-truth as a concept has been finding its linguistic footing for some time."

Oxford Dictionaries previously appointed the tears-of-laughter emoji as 2015's Word of the Year — in case you needed more perspective on how 2016 has been going.

Other words up for consideration as the Word of the Year were coulrophobia, or an extreme or irrational fear of clowns, and hygge, which is the Danish concept of contentment or cosiness.